At least 14 people were killed and five others injured by a mudslide that buried eight houses early Sunday in southwestern Colombia, authorities said. 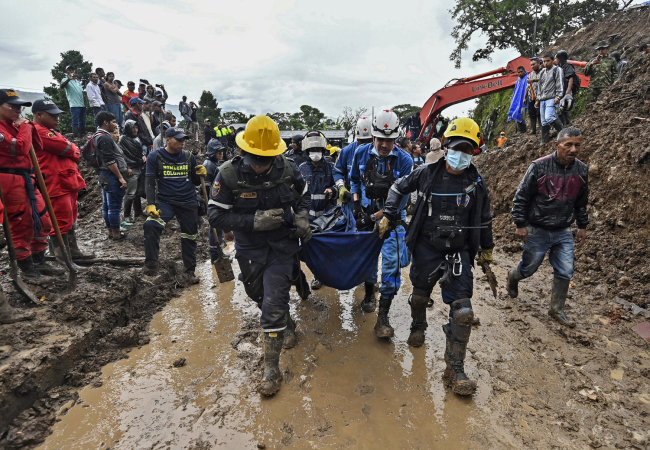 A search was underway for any others who might be trapped under rubble.

The injured were being treated at hospitals near the scene of the disaster in Rosas, in the department of Cauca, the national risk management agency said.

The agency attributed the mudslide to the heavy rains that have battered the country for several weeks.