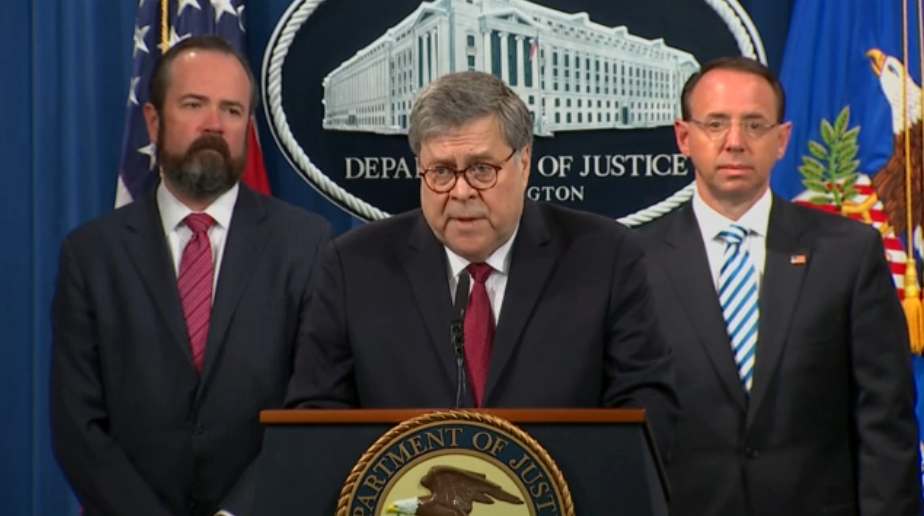 US Attorney General William Barr said Thursday that Special Counsel Robert Mueller's investigation did not uncover evidence that President Donald Trump obstructed the probe of whether he or members of his campaign colluded with Russia during the 2016 presidential election.

"The investigation did not establish that members of the Trump campaign conspired or coordinated with the Russian government in its election interference activities," Barr said during a media conference.

"The deputy attorney general and I concluded that the evidence developed by the special counsel is not sufficient to establish that the president committed an obstruction of justice offense," Barr said.

According to Barr, Mueller's report recounts 10 episodes involving Trump and evaluates whether they qualified as obstruction of the probe into Russian interference in the 2016 presidential election.

There was also no evidence Trump acted with corrupt motives, Barr said.

The report released today is a redacted version, but Bar vowed that the U.S. Congress will receive a less redacted version than the one released to the public later Thursday, following top Democrats in the U.S. House of Representatives and Senate demand Mueller to testify publicly about his investigation.