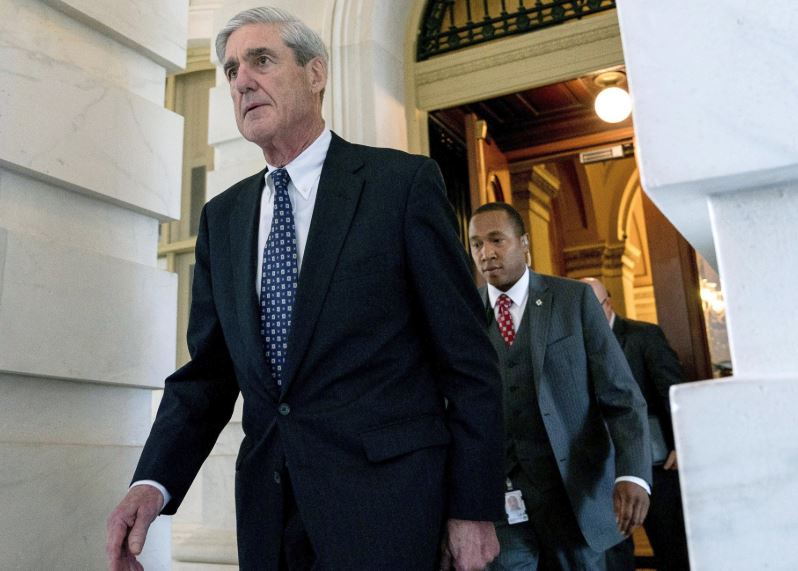 Washington (People’s Daily) -- After 22 months of meticulous investigation, Special counsel Robert Mueller presented his long-awaited report to the Justice Department on Friday. Attorney General William Barr said in a letter to lawmakers that he may be able to inform Congress of Mueller’s “principal conclusions” as early as this weekend.

However, it’s not clear whether or when Mueller’s full report will become public and how his conclusions might impact the Trump presidency, which analysts say will be a new tussle in Congress.

Mr Barr said he would consult with Deputy Attorney General Rod Rosenstein and Mr Mueller to determine what other information from the report can be released to Congress and the public.

But Democrats have vowed to subpoena the full report, as to many Democrats, the probe represented the best chance to answer lingering questions about Russian interference in the 2016 election and Mr Trump’s public praise for Russian President Vladimir Putin.

“It is imperative for Mr Barr to make the full report public and provide its underlying documentation and findings to Congress,” House Speaker Nancy Pelosi (D., Calif) and Senate Minority Leader Chuck Schumer (D., NY) said in a joint statement.

That sentiment was echoed by Republicans. Senate Majority Leader Mitch McConnell (R., Ky), who said in a statement: “The Attorney General has said he intends to provide as much information as possible. As I have said previously, I sincerely hope he will do so as soon as he can, and with as much openness and transparency as possible.”

The investigation, which examined Trump campaign connections to Russian election interference and whether Mr Trump himself tried to obstruct justice, has yielded criminal charges against 34 people and the convictions of five Trump advisers. But the special counsel isn’t recommending any further indictments in the final report.

The Washington Post reported that Mr Mueller pulled back the curtain on a sophisticated Kremlin hacking operation — identifying by name the 12 Russian military officers who he said sought to sway a US election.

He exposed a Russian online influence campaign — bringing criminal charges against 13 members of a Russian troll farm now accused of trying to manipulate US voters and sow division through fake social media personae, and he revealed how those closest to President Trump defrauded banks, cheated on their taxes and, time and time again, lied to deflect inquiries into their ties with Russia.

But Trump and his allies have raised enough questions about the conduct of his investigators to convince many of his supporters that the real scandal is the “deep state” trying to thwart the will of the democratic system by dislodging him from office.

According to the archive, Trump has complained on Twitter about the “witch hunt” 183 times, and many more in other settings, including to reporters on Friday morning before leaving the White House for a long weekend in Florida.

A poll by USA Today and Suffolk University found that 50 percent of Americans agreed that Mr Mueller’s inquiry was a witch hunt and that Mr Trump had been subjected to more investigations than previous presidents because of politics.

Whether any of that adds up to impeachable offenses remains an open question. The New York Times believes that Mueller’s report will not lead to an impeachment. “While the Democratic House might vote for articles of impeachment, it would take at least 20 Republican senators to break with the president to muster the two-thirds vote required to remove him from office, which at the moment appears implausible.”

In the wake of Mueller’s appointment, the attention on foreign influence led to a dramatic rise in the number of lobbyists who have filed under the Foreign Agents Registration Act, a law from before World War II intended to bring transparency to the work for foreign entities that until recently had been only loosely enforced.