WORLD Mueller says charging Trump with crime 'not an option'

Mueller says charging Trump with crime 'not an option' 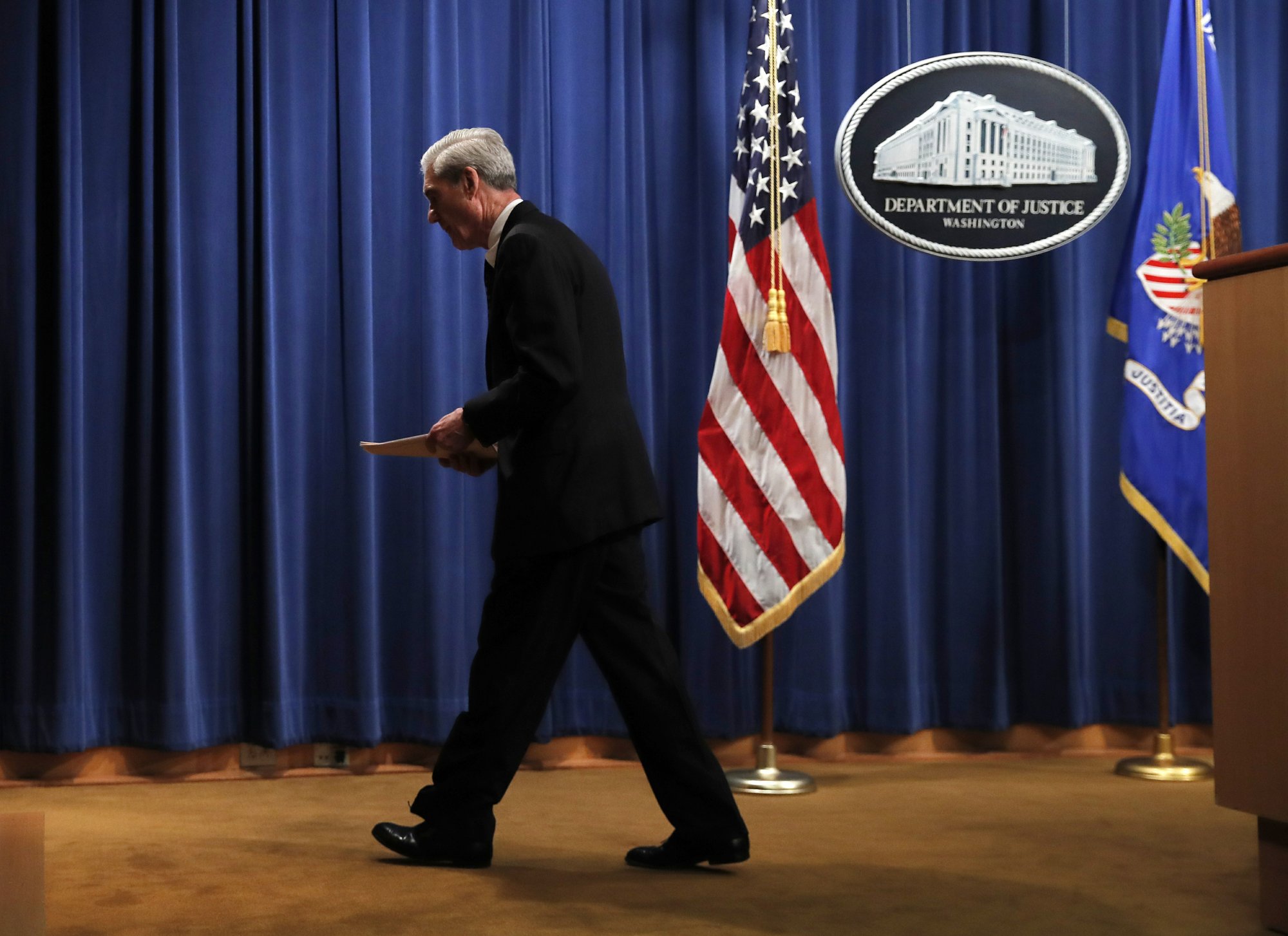 US special counsel Robert Mueller walks from the podium after speaking at the Department of Justice Wednesday, May 29, 2019, in Washington, about the Russia investigation. (Photo: AP)

WASHINGTON, May 29 (Xinhua) -- US Special Counsel Robert Mueller on Wednesday made his first-ever public statement about the investigation into the alleged Russian interference in the 2016 US presidential election, saying that charging President Donald Trump with a crime was "not an option we could consider" due to Justice Department guidelines.

"The report is my testimony," Mueller said in his on-camera appearance, referring to his investigators' 448-page report. He didn't take questions. He said he would prefer not to publicly testify before Congress about his 22-month probe.

Mueller explained the longstanding Justice Department policy, which states that a sitting president cannot be charged with a crime.

"Charging the president with a crime was not an option we could consider," Mueller said, adding that "it would be unfair to accuse someone of a crime when there could be no court resolution of the charge."

"The Constitution requires a process other than the criminal justice system to formally accuse the president of wrongdoing," Mueller said, echoing his report which states that Congress "may apply obstruction laws to the President's corrupt exercise of the powers of office accords with our constitutional system of checks and balances and the principle that no person is above the law."

"We concluded that we would not reach a determination one way or the other about whether the president committed a crime," Mueller added. "That is the office's final position."

In quick response, Trump tweeted: "Nothing changes from the Mueller Report. There was insufficient evidence and therefore, in our Country, a person is innocent. The case is closed! Thank you."

Mueller also announced Wednesday that the special counsel's office was officially closed and that he would be resigning from the Justice Department as special counsel to return to private life.

"I am speaking out today because our investigation is complete," Mueller said. "The attorney general has made the report on our investigation largely public. We are formally closing the special counsel's office. And as well, I'm resigning from the Department of Justice to return to private life."

Mueller concluded his 22-month investigation in March by submitting a report to Attorney General William Barr and a redacted version was made public last month.

The report stated that there was no evidence that Trump's campaign conspired with the Russian government during the 2016 US elections but did not conclude if the president had obstructed justice.

Barr and his deputy Rod Rosenstein, who stepped down earlier this month, have concluded that Mueller did not have "sufficient" evidence to support a charge in the obstruction case, a move that has drawn scrutiny from the Democrats.