Mugabe set to appoint woman deputy, all eyes on wife 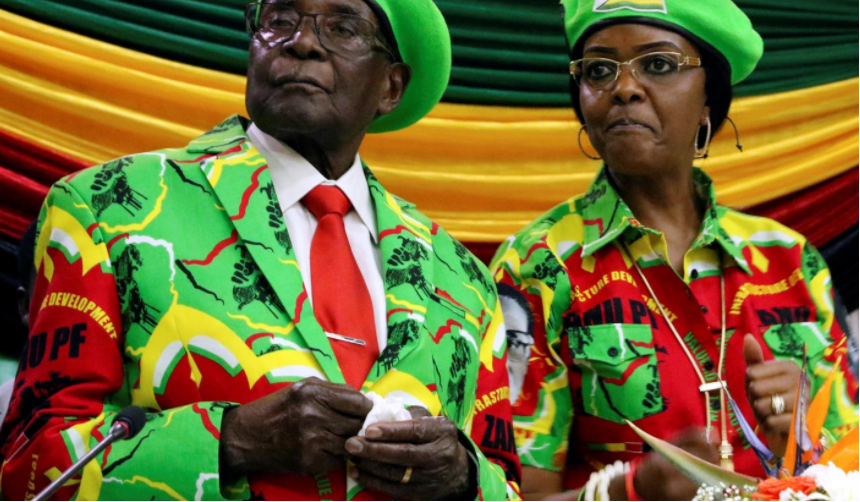 Zimbabwean President Robert Mugabe is set to appoint a woman deputy after a special ruling party congress next month, the first lady said on Saturday and added that there was nothing wrong if her husband appointed her.

The 93-year-old Mugabe has held power in the southern African nation since independence from Britain in 1980 and consistently refused to anoint a successor. He argues that the ruling ZANU-PF party would choose his replacement if and when he decides to retire.

Grace Mugabe told a ZANU-PF rally in the second city of Bulawayo that the party would amend its constitution this month and the changes would be adopted at a special December congress to ensure that one of Mugabe’s two deputies would be a woman.

Allowing Mugabe to appoint a woman deputy could scuttle the presidential ambitions of Vice President Emmerson Mnangagwa, who had been seen as a shoe-in to succeed Mugabe. Phelekezela Mphoko is the second Mugabe deputy, but lacks any political base.

Mnangagwa, nicknamed ‘Ngwena’ (Crocodile), has seen his political stock plummet in the last few months, on accusations by party rivals that he was plotting to get Mugabe to step down in his favor. He denies the accusation.

On Saturday Grace cranked up the pressure against Mnangagwa, calling him the “root cause of factionalism” that was gnawing at the ruling party. She also accused the vice president’s supporters of booing her while she gave her speech.

“Before that special congress, this November we need the constitution to be changed accordingly so that when we are going we will adopt the proposal that one of the vice presidents should be a woman,” Grace said in a speech broadcast on state TV.

A visibly angry Mugabe told the same rally that he and his wife were tired of constant insults from people who identified themselves as Mnangagwa’s supporters.