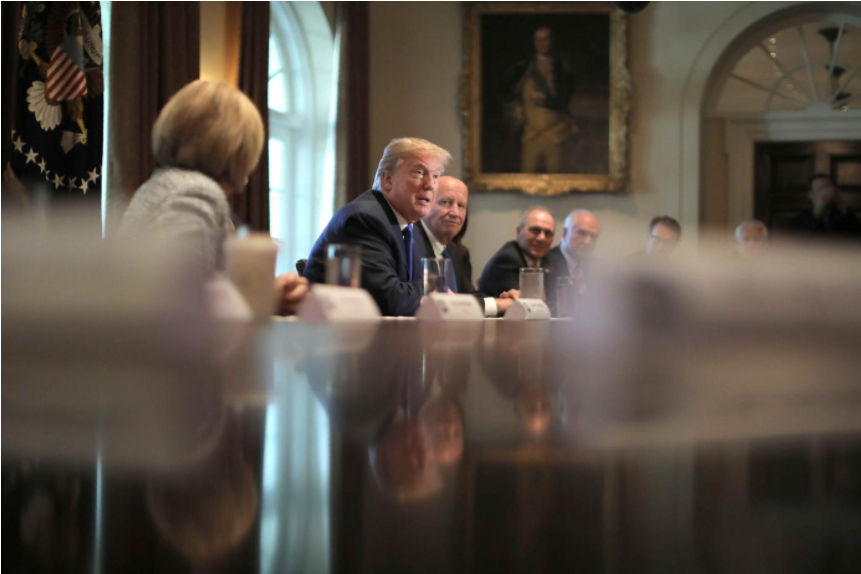 The Republican tax bill unveiled last week in the U.S. Congress could disrupt the global supply chains of large, multinational companies by slapping a 20-percent tax on cross-border transactions they routinely make between related business units.

European multinationals, some of which currently pay little U.S. tax on U.S. profits thanks to tax treaties and diversion of U.S. earnings to their home countries or other low-tax jurisdictions, could be especially hard hit if the proposed tax becomes law, according to some tax experts.

Others said the proposal could run afoul of international tax treaties, the World Trade Organization and other global standards that forbid the double taxation of profits if the new tax did not account for income taxes paid in other countries.

The proposed tax, tucked deep in the 429-page bill backed by President Donald Trump, caught corporate tax strategists by surprise and sent them scrambling to understand its dynamics and goals, as well as whether Congress is likely ever to vote on it.

Reuters contacted seven multinational companies and four industry groups. None would comment directly on the proposal, with most saying they were still studying the entire tax package.

The proposal is part of a broad tax reform bill unveiled by House of Representatives Republicans on Thursday, which promises to lower overall tax burdens and simplify the tax code.

Whether the proposed reforms ever become law is uncertain, with weeks and possibly months of debate and intense lobbying still ahead. The House package overall has drawn criticism for adding too much to the federal budget deficit and too heavily favoring the rich and big business.

However, the corporate tax part, experts said, included some ambitious proposals worthy of further discussion. They said the 20 percent excise tax is one such proposal targeting the abuses of so-called transfer-pricing where multinationals themselves set prices of goods, services and intellectual property rights that constantly move between their national business units.

Under global standards, those prices should resemble those available on the open market. However, if a foreign parent charges U.S. affiliates inflated price, it can reduce its U.S. tax bill and effectively shift profits to a lower-tax country, reducing the entire corporation’s overall tax costs.

“Clearly there’s a transfer-pricing issue and something should be done,” said Steven Rosenthal, senior fellow at the Tax Policy Center, a nonpartisan Washington think tank.

Under the proposal, U.S. business units that import products, pay royalties or other tax-deductible, non-interest fees to foreign parents or affiliates in the course of doing business would either pay a 20-percent tax on these or agree to treat the amounts as income connected to their U.S. business and subject to U.S. taxes. 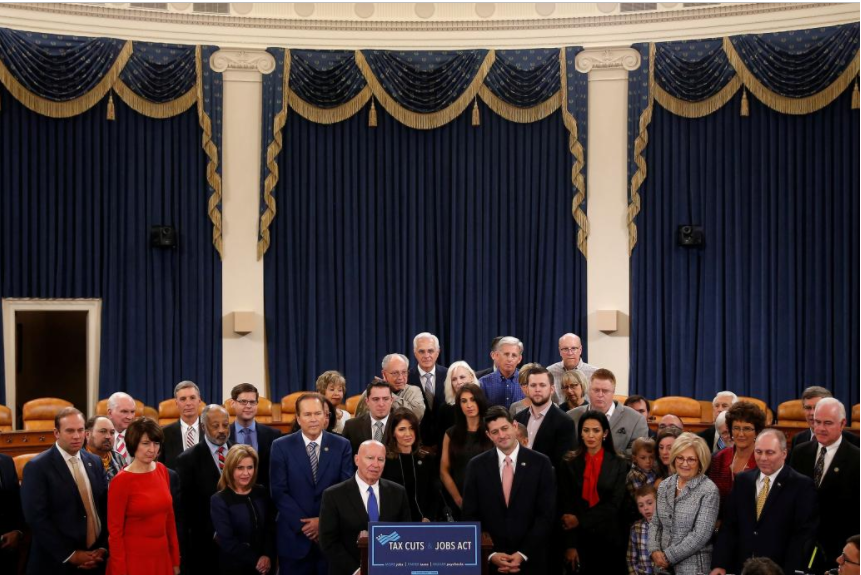 Speaker of the House Paul Ryan and Chairman of the House Ways and Means Committee Kevin Brady unveil legislation to overhaul the tax code. REUTERS/Joshua Roberts

As proposed, the new tax rule would apply only to businesses with payments from U.S. units to foreign affiliates exceeding $100 million. The rule would not take effect until after 2018.

European companies that sell foreign-made products into the U.S. market through local distribution units could be among those most affected, said Michael Mundaca, co-director of the national tax department at the accounting firm Ernst & Young.

Such companies could end up paying tax on the transfers twice - first if they paid the excise tax in the United States and then at home where they are taxed now and where the new U.S. tax would not be accounted for without changes to bilateral tax treaties.

“That would be a structure that would at least initially be hit by the full force” of the excise tax, said Mundaca, a former U.S. Treasury Department assistant secretary for tax policy.

He said European officials would be registering concern. “I am sure they are making calls right now to their counterparts in the U.S. Treasury looking for some explanation ... and making the point that this might be contrary to treaty obligations.” 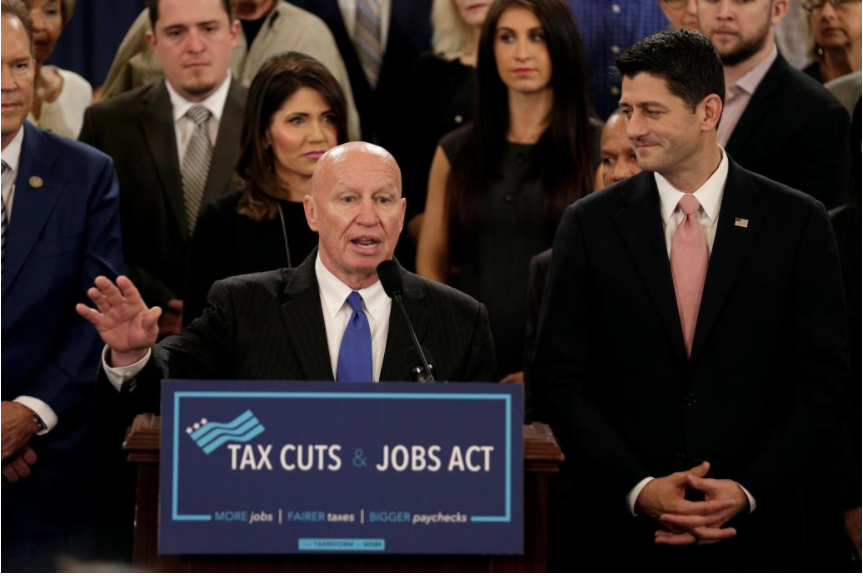 Chairman of the House Ways and Means Committee Kevin Brady (R-TX) and Speaker of the House Paul Ryan (R-WI) and unveil legislation to overhaul the tax code on Capitol Hill in Washington, U.S., November 2, 2017. REUTERS/Joshua Roberts

Gavin Ekins, an economist at the Tax Foundation, a conservative think tank, predicted that most multinationals would opt to avoid the excise tax by electing to pay U.S. corporate tax on all the profits related to products sold in the United States. Those include profits on activities conducted overseas, like manufacturing or research, which are also subject to foreign income taxes.

The U.S. corporate tax rate on those profits would drop to 20 percent from 35 percent if the House bill becomes law.

The promise of additional revenue and hopes that the new tax may entice multinationals to locate more production and jobs in the United States, may well outweigh international concerns.

The entire Republican tax package is projected to add $1.5 trillion over 10 years to the $20 trillion federal debt and the planned excise tax is among sources of new revenue needed to avoid an even bigger shortfall. It is expected to bring about $155 billion over 10 years, according to a summary of the Republican proposal distributed last week.

Still, as the tax debate heats up, foreign multinationals are likely to lobby hard against it, with domestic corporations linked to foreign affiliates possibly concerned as well.

There is also uncertainty how the new rules would work in practice.

It was unclear, for example, from the bill’s language how companies should calculate income “effectively connected” to their U.S. business, Tax Foundation’s Ekins said.

The House tax committee was scheduled to begin considering amendments to the Republican tax bill on Monday.