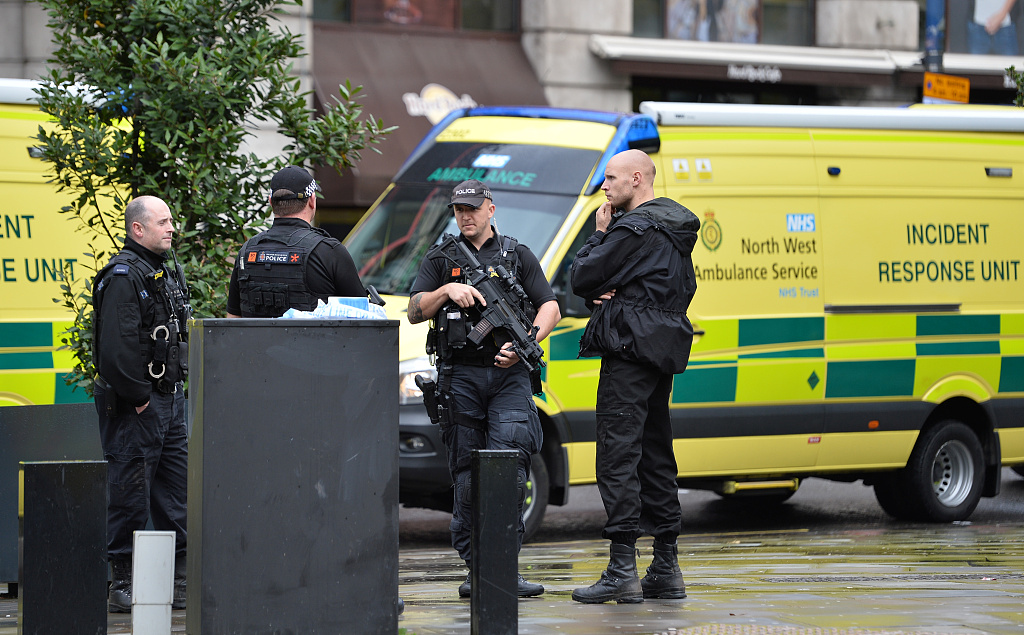 Police officers are seen outside the Arndale shopping centre after several people were stabbed in Manchester, Britain October 11, 2019. (Photo: VCG)

LONDON, Oct. 11 (Xinhua) -- Several people are being treated after a stabbing close to a shopping center in the British city of Manchester, local media reported on Friday.

Police have been called to reports of multiple injuries after the assault close to Manchester Arndale, the Manchester Evening News reported.

Senior police sources confirmed that "several" people had been stabbed.

Greater Manchester Police have confirmed that they are currently responding to the accident.

"Officers are in attendance and early enquiries suggest that several people have been stabbed. Enquiries remain ongoing," Greater Manchester Police said in a statement.

A man in his 40s has been arrested on suspicion of serious assault and he has been taken to custody for questioning, according to the statement.