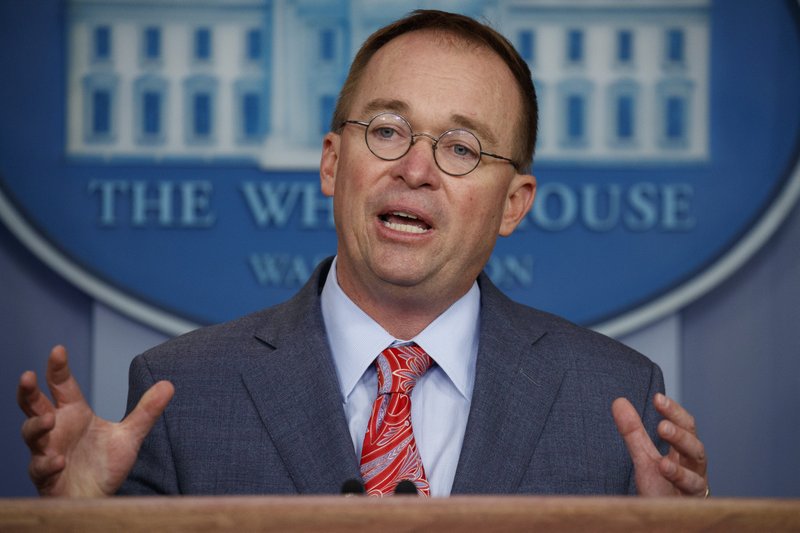 White House acting chief of staff Mick Mulvaney said Tuesday that he no longer plans to sue over the House impeachment proceedings and will instead follow President Donald Trump’s directions and decline to cooperate.

It’s the latest reversal in position by Mulvaney, who last week asked to join the lawsuit of another Trump adviser before changing his mind Monday and saying that he intended to bring his own case. It appears to resolve once and for all a four-day legal dispute that exposed divisions among current and former Trump administration officials about how best to respond to Democratic demands for cooperation and testimony.

In a court filing Tuesday, one day before the impeachment inquiry enters a critical phase of public hearings, Mulvaney said he no longer planned to ask a judge for guidance on whether he must cooperate with the House. He said he would rely on Trump’s instructions “as supported by an opinion of the Office of Legal Counsel of the US Department of Justice, in not appearing for the relevant deposition.”

Mulvaney had been subpoenaed to appear last week for a closed-door deposition before House impeachment investigators but did not show up.

House Democrats had seen him as a potentially important witness, in part because he has publicly confirmed the contours of a quid pro quo arrangement in which the Trump administration would release military aid to Ukraine in exchange for the country announcing an investigation into Democratic rival Joe Biden. His name has also repeatedly surfaced in the testimony of other witnesses who have cooperated.

After skipping his appearance, Mulvaney asked to join a lawsuit brought by Charles Kupperman, the president’s former deputy national security adviser. That case, filed last month, asked a judge to decide whether Kupperman had to comply with a subpoena from the House or a competing directive from the White House that he not testify.

Mulvaney had argued that his circumstances were similar to that of Kupperman, but lawyers for both Kupperman and the House of Representatives opposed his request to join the suit and highlighted what they said were key differences, including the fact that Mulvaney has spoken publicly about the events at the center of the impeachment inquiry.

US District Judge Richard Leon said in a conference call on Monday that he was “not inclined” to grant Mulvaney’s request.

The Justice Department legal opinion that Mulvaney references says close advisers to the president are immune from having to testify to Congress because “preparing for such examinations would force them to divert time and attention from their duties to the President at the whim of congressional committees.”