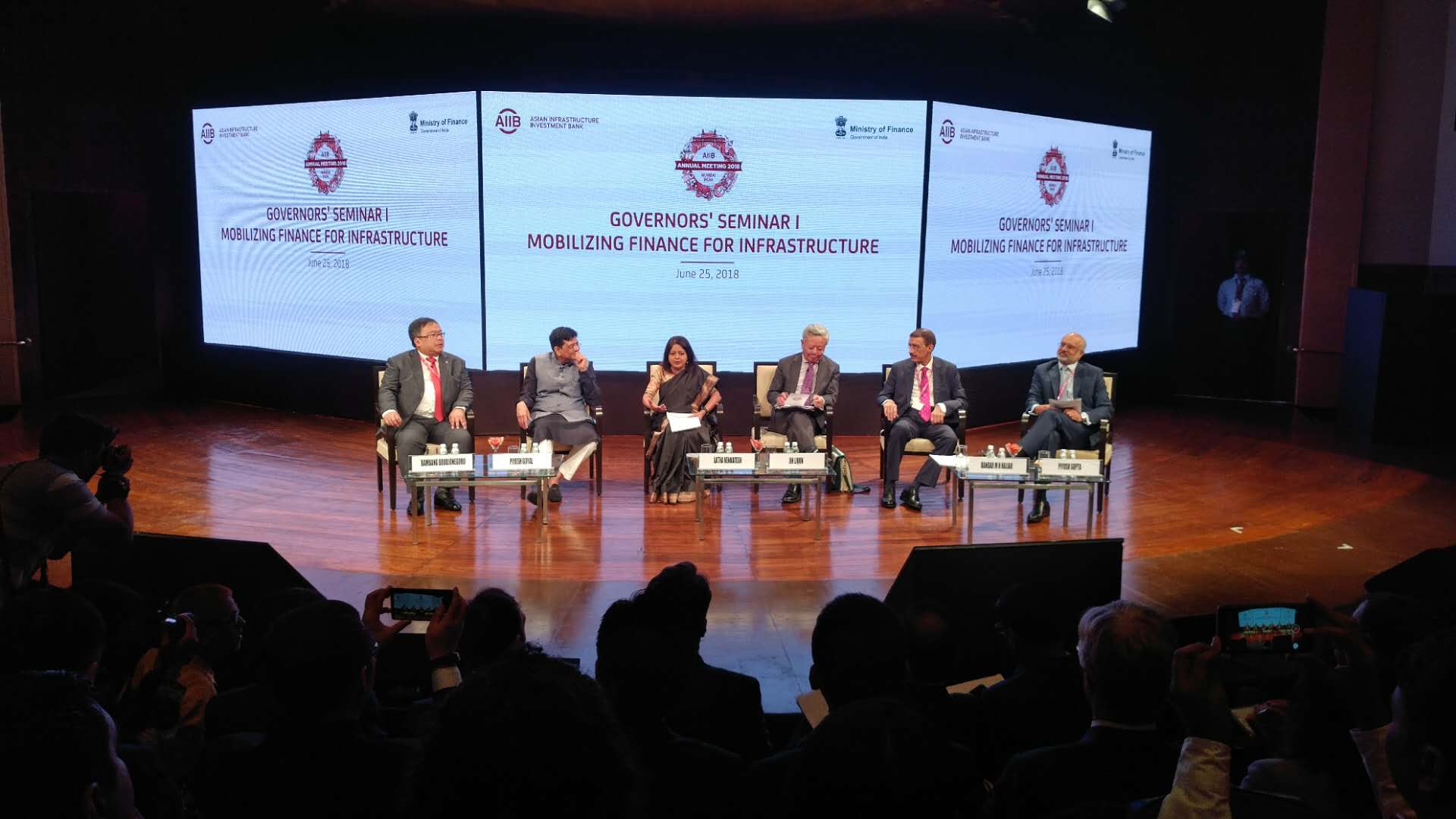 Finance ministers and bank governors holds a seminar on the first day of the 3rd annual meeting of AIIB in Mumbai, India, June 25, 2018. (People's Daily/Yuan Jirong)

More than 3,000 people have registered to show up and will involve discussions to boost infrastructure investment in the two-day event.

Indian Prime Minister Narendra Modi will address the opening ceremony on Tuesday, officials said. The bank’s yearly gathering will focus on infrastructure, with the theme of “Mobilizing Finance for Infrastructure: Innovation and Collaboration,” said Shri Garg, Secretary of the Department of Economic Affairs of the Financial Ministry.

Danny Alexander, AIIB vice president, said in a press release on Sunday, “Lean, clean and green is the way we work. We invest in sustainability and are guided by those priorities. Our bank is apolitical and all projects have to pass our test on sustainability and the environment.”

Furthermore, he said that AIIB will consider investing in projects outside Asia as long as they serve to benefit the region. So far, AIIB has only invested in one solar power project in Egypt, Alexander said.

While 75 percent of the capital is from Asia, several non-Asian regions like Europe, North America, some East African and Latin American countries have also joined the bank as members.

Unlike most multilateral development banks set up by advanced economies, AIIB is the first of its kind where principal contributors are the borrowing members themselves. So far, it has approved $4.4 billion of investments.

AIIB is a multilateral development bank tasked with improving social and economic outcomes in Asia and beyond. Based in Beijing, the bank began operations in January 2016 and has grown to 86 member countries.