Mumbai authorities ordered offices and factories to shut and people to stay home Wednesday, reversing a move to ease a coronavirus lockdown as the Indian megacity faced its first cyclone in more than 70 years. 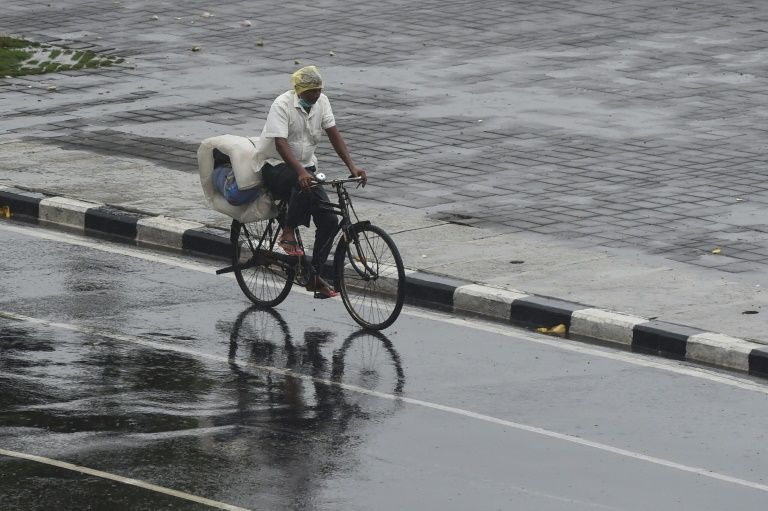 Mumbai is bracing for its first cyclone in more than 70 years (Photo: AFP)

Cyclone Nisarga was expected to make landfall near the coastal town of Alibag, around 100 kilometres (60 miles) south of Mumbai, on Wednesday afternoon, forecasters said.

Maharashtra state, of which Mumbai is the capital, and neighbouring Gujarat have evacuated at least 100,000 people to safer locations and ordered fishermen not to go out until the storm passes.

The evacuees include nearly 150 coronavirus patients from a recently built field hospital in Mumbai, underscoring the difficulties facing the city ahead of the monsoon season as it struggles to contain the pandemic, with around a fifth of India's cases.

Mumbai police announced fresh restrictions on the city of 18 million people, which was just beginning to emerge from a months-long lockdown, and banned gatherings of four people or more until Thursday afternoon.

"Refrain from venturing out to coast-beaches, promenade, parks and other similar places along the coastline," the police tweeted early Wednesday.

"Do not leave your house for your own safety and well-being," Maharashtra Chief Minister Uddhav Thackeray tweeted late Tuesday, warning of possible disruptions to the power supply due to heavy rainfall.

"Offices, industries and other activities, which have started functioning, will be shut tomorrow and day after," he added.

Slum-dwellers in low-lying areas of Mumbai have been instructed to move to higher ground, Thackeray said earlier on Tuesday, with city authorities turning empty schools into temporary shelters.

Inter-state railway services were also disrupted with delays and diversions to ensure that trains would not travel through Mumbai until the cyclone had passed.

Indian meteorologists have warned of heavy rainfall -- with winds of 100-110 kilometres per hour (60-70 miles per hour) and gusts of up to 120 kph -- causing damage to thatched huts, power lines and one to two metre-high (three to 6.5 feet) storm surges inundating low-lying areas of Maharashtra.

Mumbai has rarely faced the brunt of cyclones -- the last severe storm to hit the city struck in 1948, killing 12 people and injuring more than 100.

Nisarga comes on the heels of Cyclone Amphan, which killed more than 100 people as it ravaged eastern India and Bangladesh last month, flattening villages, destroying farms and leaving millions without electricity.