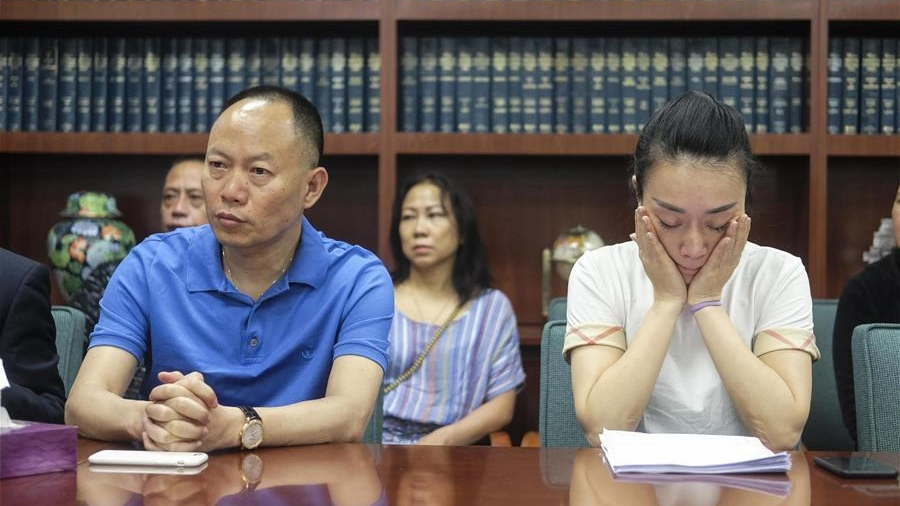 LOS ANGELES, June 18 (Xinhua) -- The Arizona State University (ASU) said Monday that it shares concerns with the family of Jiang Yue, a Chinese ASU exchange student who was fatally shot by an American woman after a rear-end crash in Arizona two years ago.

Holly Davis' sentencing last Friday "underscored the family's concern that the charge of second degree murder and a prison sentence of 25 years did not do honor to the memory of this promising ASU sophomore," ASU President Michael M. Crow wrote to Maricopa County Attorney Bill Montgomery, adding that the university shares the concern.

A Maricopa County Superior Court judge sentenced Davis to 25 years for second-degree murder with no possibility of early release.

In January 2016, 19-year-old Jiang was driving when Davis, 32, rear-ended her car in the city of Tempe. Davis then got out of her car, walked up to Jiang's car and opened fire.

The shooting killed Jiang, who was in the driver's seat, and injured six others after Jiang's car veered out of control and struck an oncoming car. Davis fled the scene and was later taken into custody by police. She has remained in jail since then.

Prosecutors had sought to charge Davis on 14 criminal counts, including first-degree murder. She pleaded not guilty to all the charges at the initial hearing in February 2016, and entered into a plea agreement. 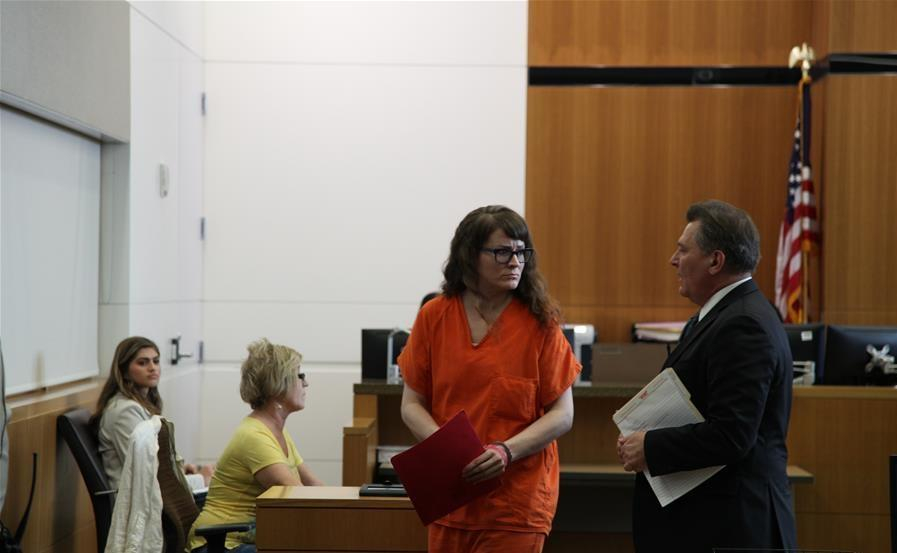 Under the plea agreement, Davis would face a 25-year sentence and pay up to 250,000 U.S. dollars in restitution in exchange for pleading guilty to second-degree murder and dismissal of all other charges.

Jiang's family protested against the plea deal strongly and family members told the media that the local attorney's office had not informed them before reaching the agreement.

"Last week, I sent a letter to the sentencing judge stating that ASU 'stands with our Chinese students and their families' and that 'ASU supports the strongest penalty that the facts and our laws allow,'" Crow said in the letter.

"The family feels that a charge of first-degree murder would have better reflected the seriousness of the crime, the value (Jiang) Yue's life had and the devastating impact of her death upon her loved ones. They also are concerned that a sentence of 25 years leaves open the possibility that (Jiang) Yue's murderer will one day be free to destroy another life, another family."

Under the Arizona Victims' Bill of Rights, Jiang Yue's family was entitled to be heard at any proceeding involving a negotiated plea, and sentencing. However, her family said they did not see the e-mail the county attorney's office said it had sent about the upcoming plea agreement hearing.

"We tried our best to fight for justice," Jiang's cousin Xu Xiang said after the trial last week. "We had no choice but to face it."

The ASU president stressed that the university stands with the family in the belief that the spirit of the Victims' Bill of Rights requires more than mere technical compliance by e-mailing a notice.

"This possible failing in our system is quite concerning. If Friday's hearing is any measure, the family's participation at the time of the plea agreement hearing might have changed the outcome. But even if it would not have changed anything, having that opportunity could at least have provided a small measure of comfort that their concerns were heard at a point when it might have made a difference," Crow said.

ASU is one of the largest public universities in the United States by enrollment. It has seen a steady increase of Chinese students. Ten years ago, there were only 591 students from China. In the most recent school year, which ran from August 2017 to May 2018, there were 3,920 Chinese students.