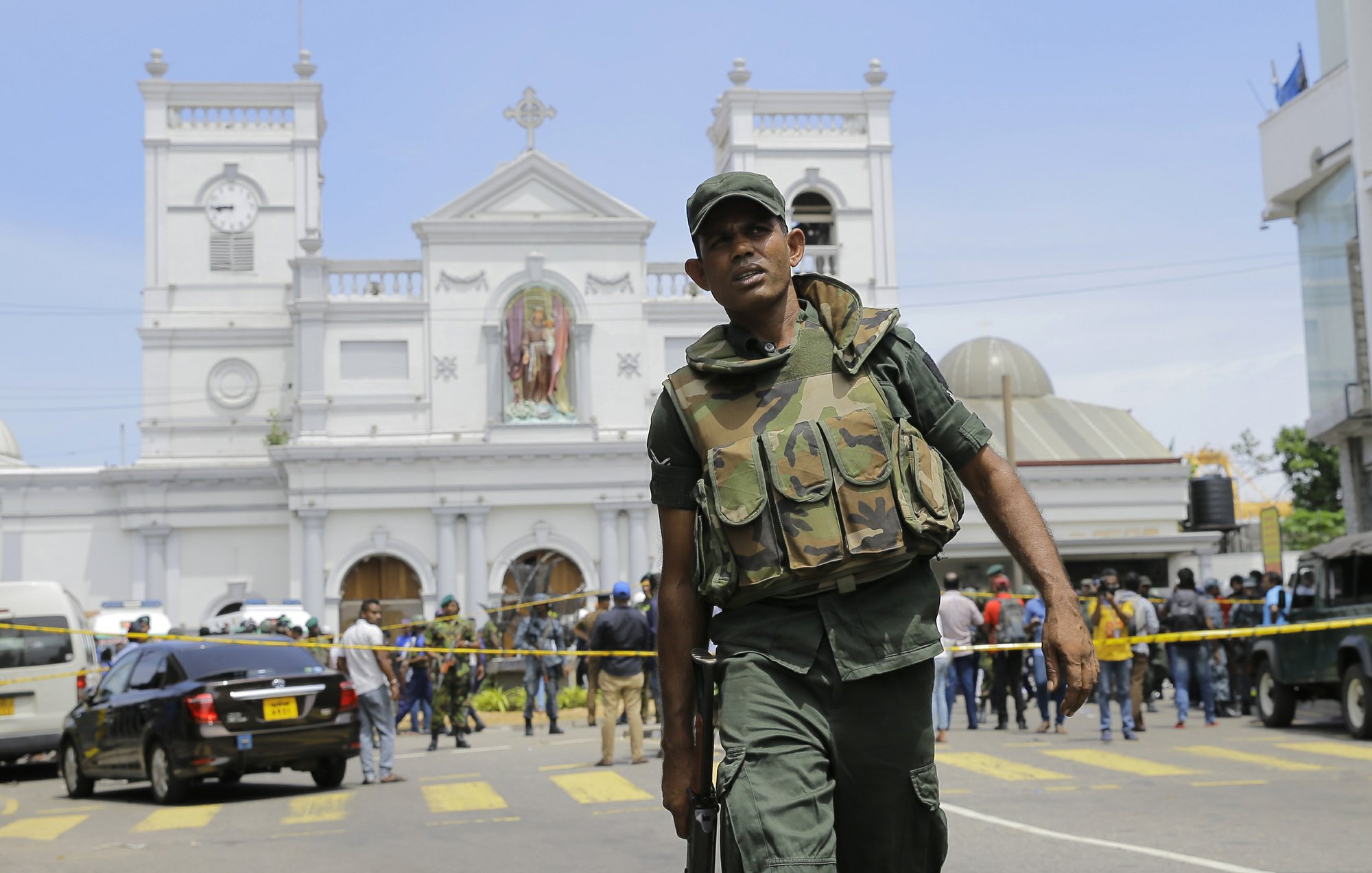 The secretary general of the world’s largest organization of Muslim nations has condemned the attacks in Sri Lanka that killed more than 200 people on Easter Sunday.

The Organization of Islamic Cooperation’s chief Yousef al-Othaimeen described them as “cowardly attacks” that targeted innocent worshippers and civilians. Some 57 nations are part of the OIC, which is headquartered in Saudi Arabia’s Red Sea city of Jiddah.

Saudi Arabia also denounced the attacks in Sri Lanka and described them as “terrorist explosions,” saying the kingdom extends its condolences to the families of the victims and the people of Sri Lanka.

New York City police have implemented tightened security measures in the wake of attacks in Sri Lanka that have killed more than 200 people -- including some Americans.

Sgt. Brendan Ryan is a spokesman for the New York Police Department. He says authorities “will make periodic visits to all houses of worship, giving special attention to those with Easter services.”

Ryan said the teams deployed to houses of worship will include resources from the department’s critical response command and strategic response group, which focus on quick response to incidents such as terror attacks.

The United States says that “several” American citizens have been killed in the Easter Sunday bombings in Sri Lanka.

More than 200 people have died in a series of blasts against churches and hotels that the Sri Lankan government is blaming on religious extremists. And US Secretary of State Mike Pompeo (pahm-PAY’-oh) in a statement says that even as details of the attacks are still emerging, the US government can confirm that Americans are among the casualties.

Pompeo says the US Embassy in Colombo, the capital, is working to assist US citizens and their families.

He says targeting “innocent people gathering in a place of worship or enjoying a holiday meal are affronts to the universal values and freedoms that we hold dear.”