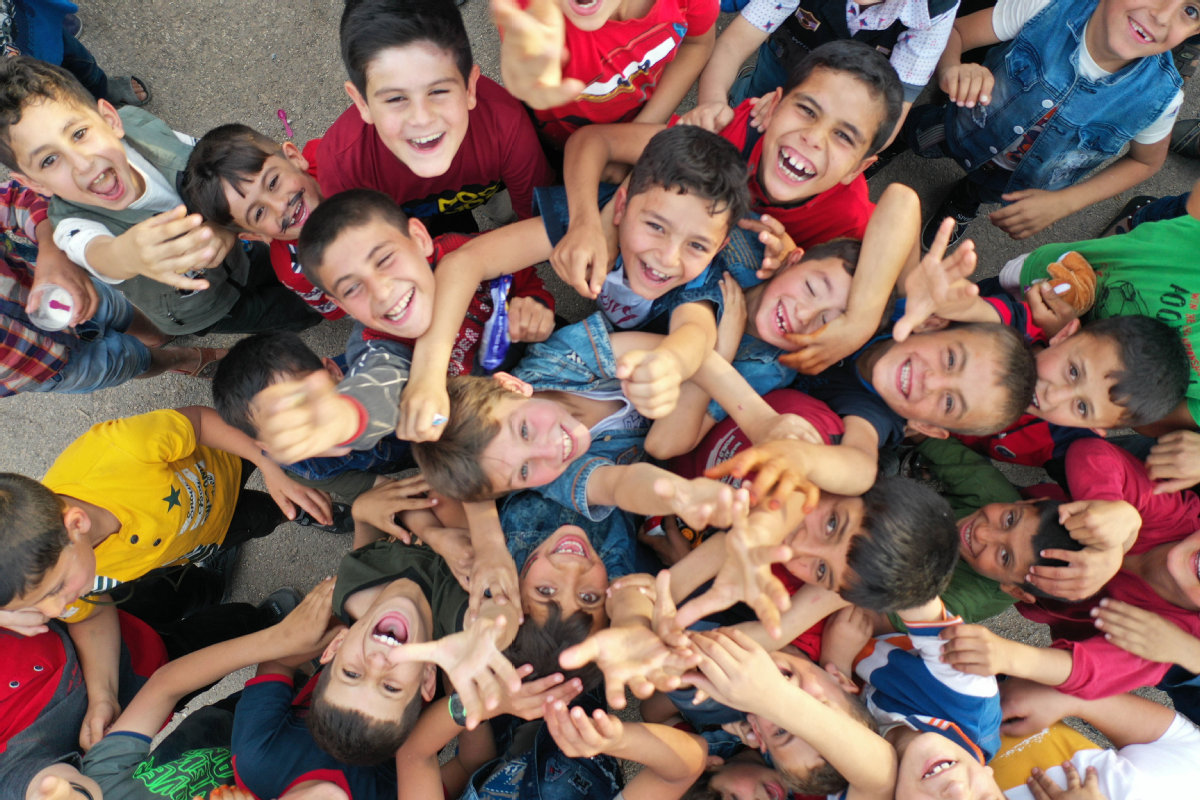 Syrian children play at a makeshift playground during celebrations for Eid al-Fitr in the Syrian province of Idlib on Tuesday.(Photo: Xinhua)

Muslims across the Asia-Pacific region are celebrating the Eid al-Fitr festival in muted tones, constrained by stringent movement controls meant to curb the spread of the coronavirus.

More than half the world's nearly 2.2 billion Muslims live in Asia. They traditionally celebrate Eid, which started on May 24 this year, with lavish feasts, visiting families and friends and worshipping at the mosques. But the festivities that usually follow the end of the fasting month of Ramadan have had to be toned down to prevent a new wave of the pandemic.

With most mosques closed, big gatherings prohibited and travels restricted, Muslims have opted to stay home, dining and praying with their immediate families. Instead of traveling, they use video chats to connect with extended families and friends.

In Southeast Asia, "this pandemic is not just medical or biological. It's also sociocultural, religious and emotional," said Khor Swee Kheng, a global health expert from Oxford University in Britain.

Officials in the region have discouraged the usual mass exodus from the cities to villages, citing the need to prevent new infections.

"This year, such mass movements are not generally seen. Through a combination of government decree, movement restrictions and citizens' pressure, most have elected to celebrate in their own homes," Khor said.

The academic was alluding to the practice known as mudik in Indonesia and balik kampung in Malaysia. These two countries account for over 90 percent of the estimated 240 million Muslims in Southeast Asia.

Indonesian President Joko Widodo has banned mudik this year, citing the rising number of COVID-19 cases in the country. Indonesia has the highest number of infected people and fatality rate tied to the disease in Southeast Asia.

Malaysia remains under a ban for travel between its states. Under what's been called a conditional movement control order, people were only allowed to visit their extended family on the first day of Eid. Each household had to limit the number of visitors to 20, and all had to practice social distancing and maintain strict personal hygiene.

In South Asia, Islam is the second-largest religion, with about 600 million people adhering to the faith.

Despite some initial reluctance, most Muslims in South Asian have been adhering to the social distancing measures, staying at home and connecting with their extended families through their computers and smartphones, according to Mustafa Izzuddin, a senior international affairs analyst at consultancy firm Solaris Strategies Singapore.

As more than 170 million Muslims in India choose to say their prayers at home, some are also listening to prayers streamed online. Mosques in India have been shuttered since Prime Minister Narendra Modi ordered a nationwide lockdown in late March.

In the Muslim-majority countries of Bangladesh and Pakistan, mosques have been opened for mass prayers but people are required to sit a few meters apart from each other.

Iran canceled the annual mass Eid prayers led by Supreme Leader Ayatollah Ali Khamenei. Health officials had appealed to Iranians to avoid traveling. Mosques and religious shrines were reopened for the Eid celebrations, but worshippers were required to wear face masks, bring their own prayer rugs and practice social distancing.

Mosques in Saudi Arabia, home to the holy cities of Mecca and Medina, reopened on May 29 but were required to close 20 minutes after the end of Friday prayers, according to a report filed by the Al Jazeera network. Meanwhile, mosques broadcast the call to Eid prayers while Saudis worship at home as the kingdom endures a lockdown that began in mid-March.

Despite these restrictions, reports from local media and wire services reveal that people have been getting around these rules, raising the risk of new infections and wiping out the gains achieved during the partial lockdowns.