WORLD Mwinyi sworn in as president of Tanzania's Zanzibar

Mwinyi sworn in as president of Tanzania's Zanzibar 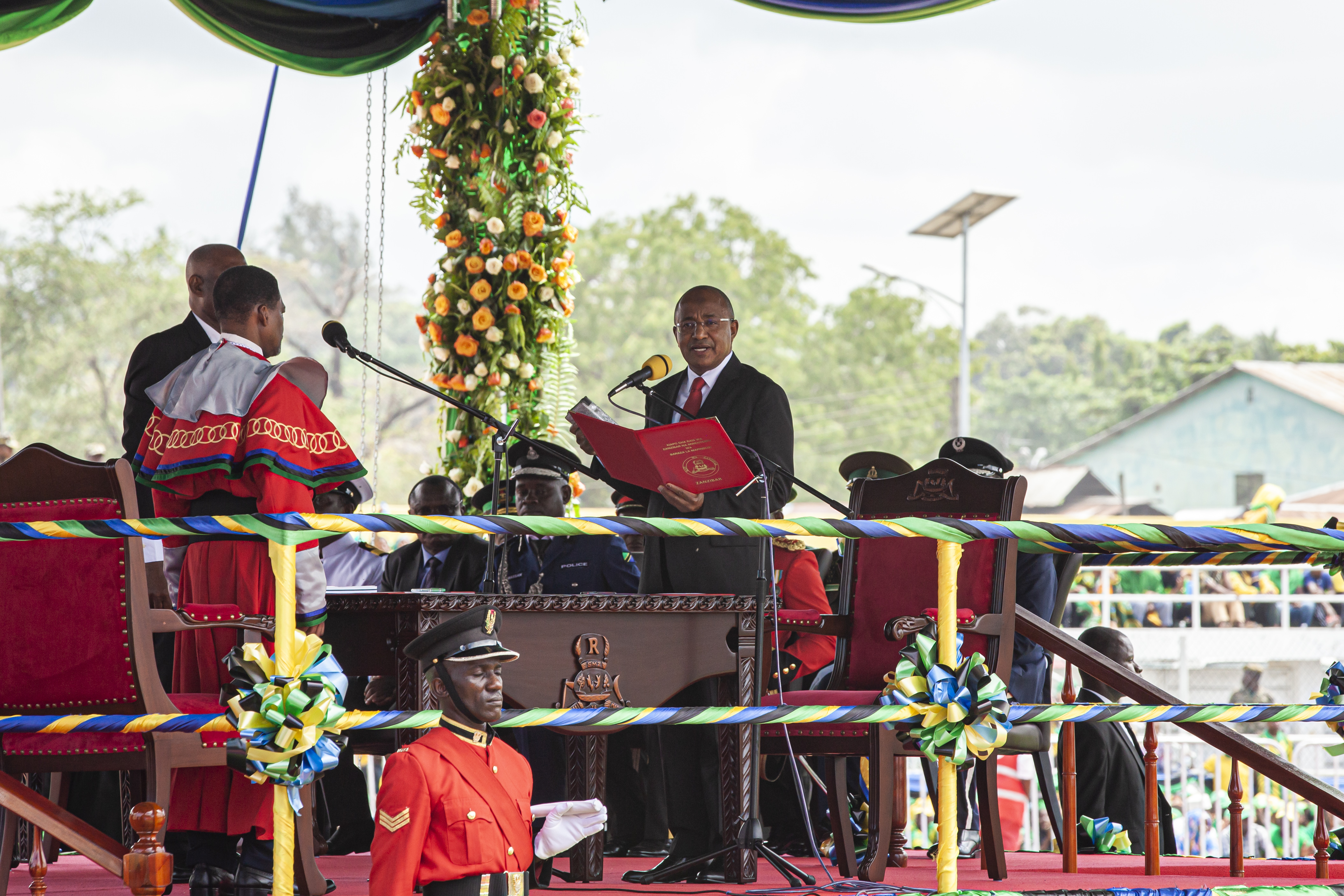 Mwinyi, a doctor by profession and former minister for defense, was sworn in by Zanzibar's Chief Justice Omar Othman Makungu at a ceremony at Amani Stadium on Unguja Island.

Shortly after taking the oath of office, Mwinyi was honored by a 21-gun salute before he inspected a guard of honor.

In his address, Mwinyi pledged to form a serious, disciplined and hard-working government that will be tasked to building a new Zanzibar.

"The task ahead of all Zanzibaris is to build a new and prosperous Zanzibar. Let each one of us play one's part toward the transformation of Zanzibar," he said.

Last week, the Zanzibar Electoral Commission declared Mwinyi, of the ruling party Chama Cha Mapinduzi, winner of the Oct. 28 Zanzibar presidential election after he had garnered 76.27 percent of the total votes cast.

Zanzibar merged with Tanganyika in 1964 to form the United Republic of Tanzania.