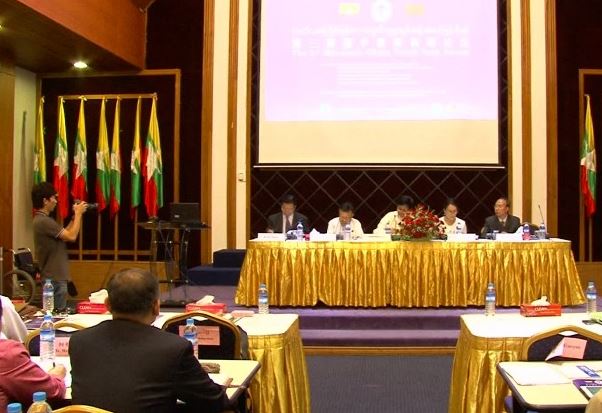 The third Myanmar-China Think Tank Forum kicked off on Tuesday in Myanmar's Yangon, gathering about 40 experts from both countries. Focusing on the Belt and Road Initiative (BRI) and Myanmar-China Economic Corridor, discussions and views were exchanged under four topics -- "Economic Cooperation and Border Trade" "People-to-people Connectivity" "Socio-Economic Development" and "Cross-border Ethnic Communities" at the forum which will last until Wednesday. Nyunt Maung Shein, chairman of Myanmar Institute of Strategic and International Studies (Myanmar-ISIS), stressed the need of conducting deeper discussions regarding to the challenges and opportunities in implementations of the projects under the Memorandum of Understanding (MoU) which was signed to establish China-Myanmar economic corridor. The forum was jointly organized by Myanmar-ISIS, China's Yunnan Academy of Social Sciences, Chinese Academy of South and Southeast Asian Studies (Kuming) and Dehong Dai and Jingpo Autonomous Prefecture of China. Li Xiaoyan, counselor of Chinese Embassy in Myanmar, expressed her belief that the think tank forum could bring the mutual understandings between the two countries' experts on the future potentials of the Belt and Road Initiative. The first and second of such forum were held in Mangshi, Dehong Dai and Jingpo Autonomous Prefecture of China in 2017 and 2018, respectively. The Tuesday forum hosted the discussions based on the outcomes of the 2nd Belt and Road Forum for International Cooperation which was held in Beijing late April.