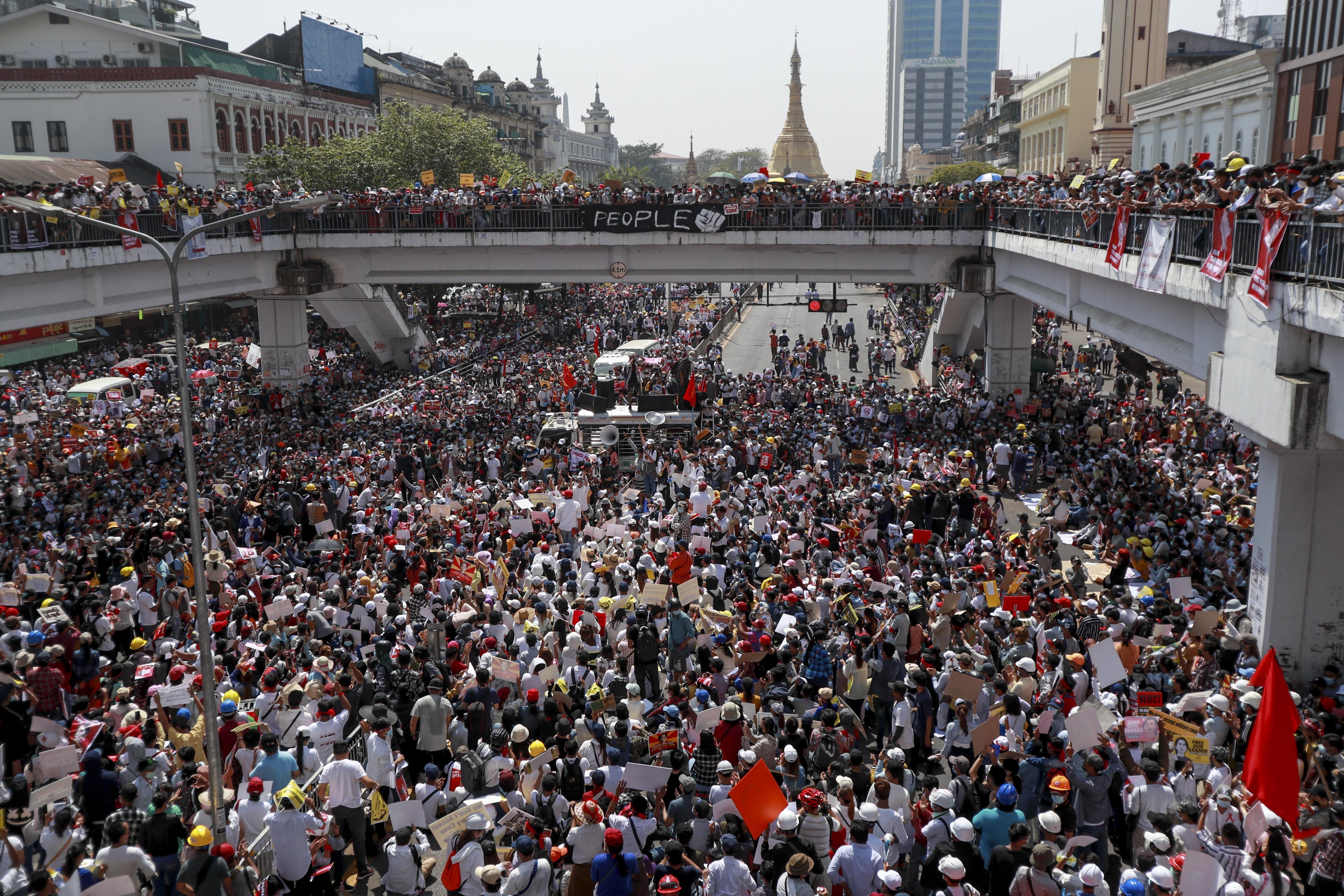 Demonstrators gather in an intersection close to Sule Pagoda to protest against the military takeover in Yangon, Myanmar February 17, 2021. (Photo: AP)

The Myanmar police have issued arrest warrants for six celebrity artists for endorsing a national strike movement, according to a Myanmar police force's statement on Wednesday.

The statement said that charges have been issued against three directors, two actors and a vocalist for endorsing the Civil Disobedience Movement and encouraging government employees to join the strike under Section 505 (a) of the Penal Code.

The punishment may include imprisonment of up to three years, a fine, or both.

The police also issued arrest warrants for seven artists, public figures and social activists last week, for writing articles and speeches on social media that could endanger the peace and order of the country.

Some government employees have been joining the nationwide Civil Disobedience Movement after a one-year state of emergency was declared in the country on February 1.

The State Administration Council, led by Commander-in-Chief of Defence Services Sen-Gen Min Aung Hlaing, issued a notice to the public on Wednesday, denying the allegations that government employees and retired staff will not be paid.

The council assured that salaries and pensions will be given to the employees and urged them to continue performing their duties without worries.

Meanwhile, three official websites run by the Central Bank of Myanmar, the Office of the Commander-in-Chief of Defence Services and the Military True News Information Team were attacked by hackers and suspended on Wednesday afternoon, according to the military's announcement.

The council said that efforts are underway to recover the website of the Central Bank of Myanmar, while the two military websites were back online hours after the cyberattacks.

The declaration of state of emergency came after President U Win Myint and State Counsellor Aung San Suu Kyi were detained by the military on February 1.

Protests have been held in the country since early this month, calling for release of the detained leaders.