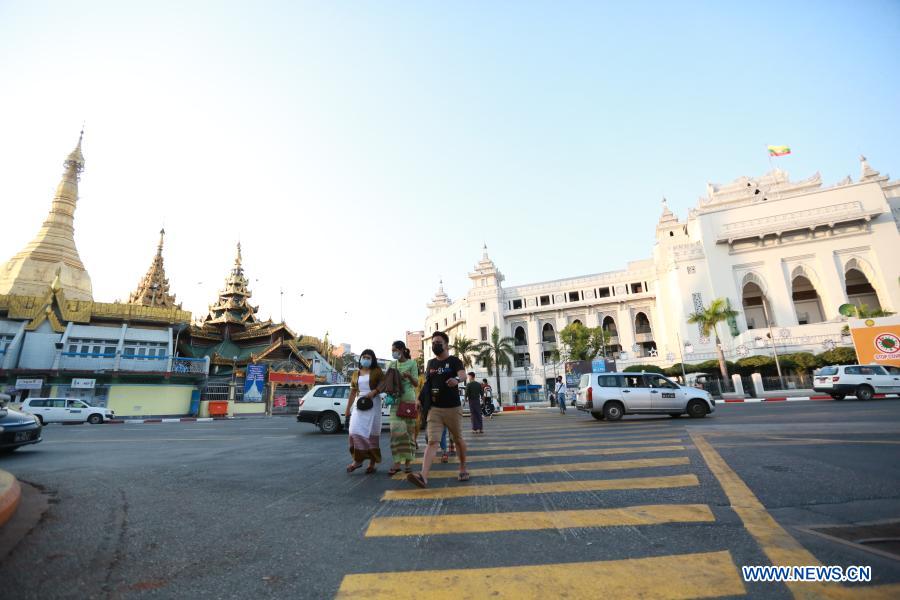 The name of the Union Government Office was replaced with the Office of State Administration Council, the council's order said.

The State Administration Council also formed a three-member press team which will be led by Brigadier General Zaw Min Tun.

The declaration of the state of emergency came after the military detained President U Win Myint, State Counsellor Aung San Suu Kyi and other government figures of the National League for Democracy (NLD) early Monday.

The military said there was massive voting fraud in the parliamentary elections in November 2020, and demanded postponement of the new parliamentary session. The Union Election Commission dismissed the allegations.

The newly-formed State Administration Council also reformed the Union Election Commission to review the electoral process of last year's elections during the state of emergency.

The first regular session of the new parliament sessions which was scheduled to be convened on Monday was cancelled.

Following the declaration of the state of emergency on Monday, a major cabinet reshuffle was announced among ministers and union-level government organizations.

Meanwhile, the president and state counsellor were being remanded in custody until Feb. 15 for violating the Natural Disaster Management Law and the Import-Export Law.

The NLD party posted statements on its social media page, demanding the release of its detained leaders, acknowledgement of the results of 2020 general elections and the convening of the new parliamentary session.

Myanmar held multi-party general elections on Nov. 8 last year and the ruling NLD won the majority of seats in both houses of the Union Parliament.