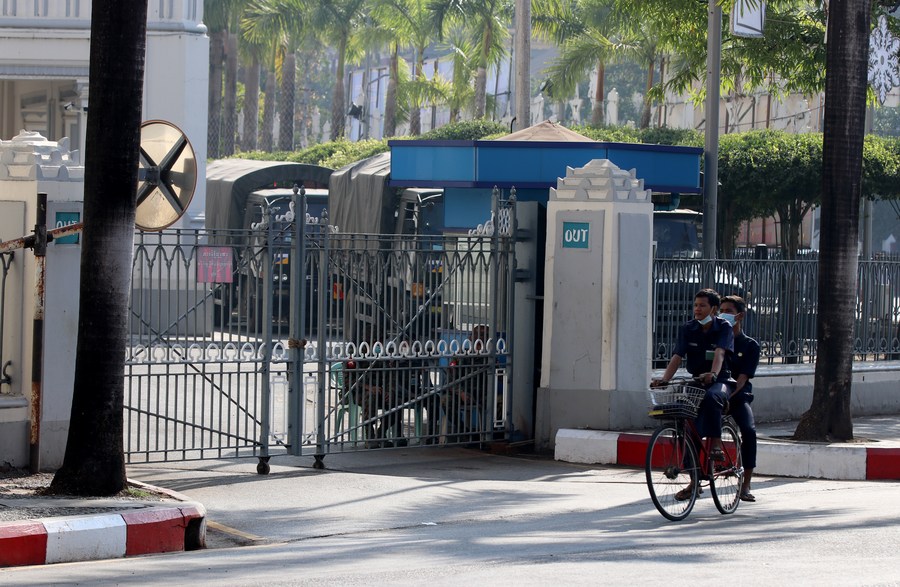 YANGON, Feb. 3 (Xinhua) -- Myanmar's newly formed State Administration Council held talks with the Union of Myanmar Federation of Chambers of Commerce and Industry (UMFCCI) and its affiliated associations on Wednesday, according to a release from the Military True News Information Team.

Commander-in-Chief of Defence Services Sen-Gen Min Aung Hlaing, also chair of the council, told the meeting that there will be no restriction on running the regular businesses during the period of state of emergency.

Min Aung Hlaing stressed the need to strictly boost the preventive and control measures against COVID-19 without affecting the regular businesses and to exert efforts to survive the businesses as the working class is suffering from financial hardships due to the shutdown of some businesses.

Only regenerating the businesses can revitalize the revenue streams for employers and employees, he said.

Myanmar government leaders and other senior officials of the ruling National League for Democracy (NLD) were detained by the military in early hours of Monday.

The President's Office later declared the one-year state of emergency and the state power was handed over to the Commander-in-Chief of Defence Services, according to a statement from the military.