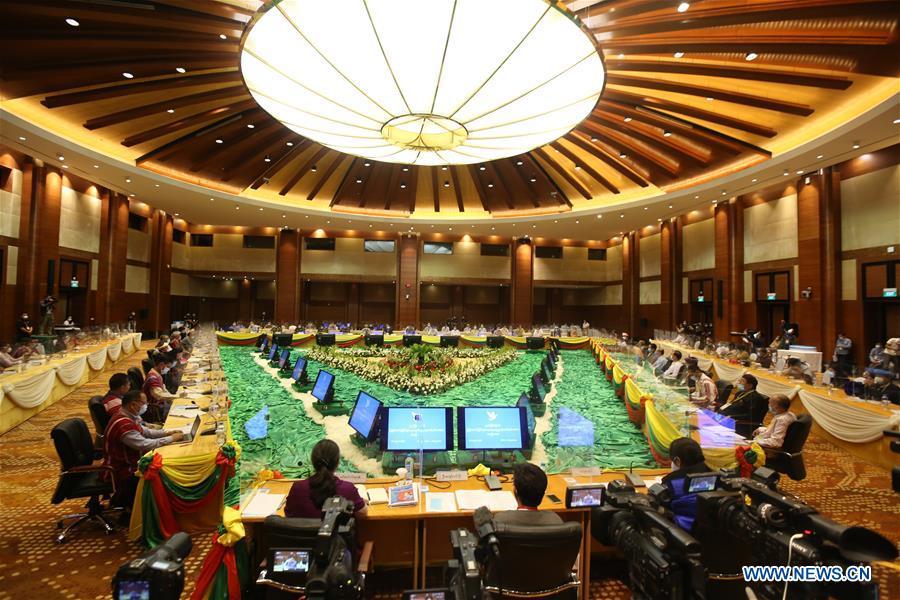 YANGON - The fourth session of Union Peace Conference-21st Century Panglong concluded on Friday with the signing of the third part of the Union Accord in the Myanmar capital of Nay Pyi Taw.

On the final day of the three-day conference, the delegates signed the Union Accord Part III, comprising of three parts which are framework agreement on the implementation of Nationwide Ceasefire Agreement (NCA), implementation of step-by-step processes and phase-by-phase implementations in the post-2020 and principle guidelines for the establishment of a democratic federal union.

Fifteen agreed points were inked under the framework agreement on NCA implementation, eight points under the post-2020 activities and five points under the principle guidelines for the establishment of a democratic federal union, respectively.

As the concluding remarks, State Counsellor Aung San Suu Kyi, in her capacity as chair of National Reconciliation and Peace Centre, stressed the need of continuing dialogues and exchange of views to find solutions among the stakeholders in the peace process in post-election as well as in post-2020.

A total of 51 federal-related basic principles were inked in the second and third sessions of the union conference.

Ten ethnic armed organizations have signed the NCA with the government since it was initiated in October 2015.