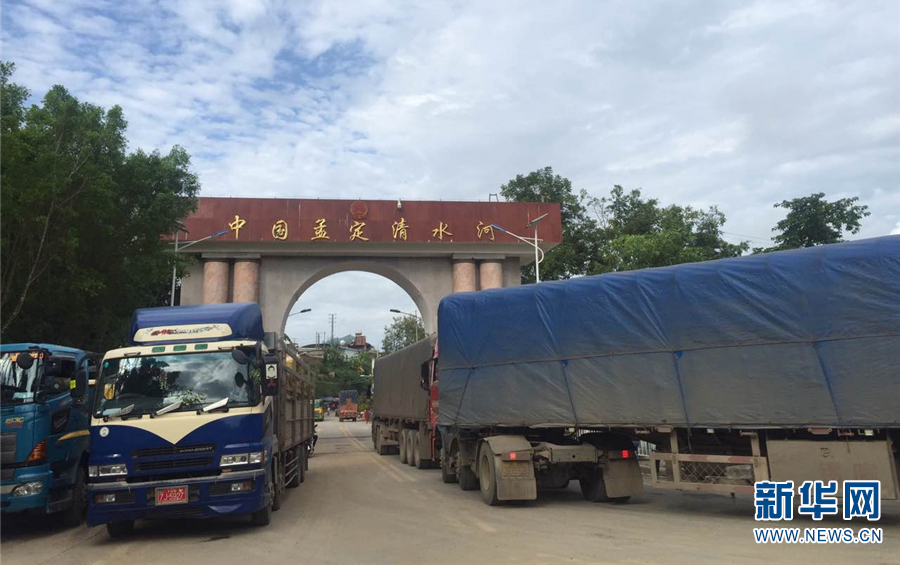 Myanmar is seeking to turn the Chinshwehaw border gate with China into an international land point of entry, Minister of Labor, Immigration and Population U Thein Swe was quoted by the official Global New Light of Myanmar as saying Monday.
Having good potential in trade and tourism, Chinshwehaw in Myanmar's northeastern Shan state represents the second largest border gate with China after Muse with a total of 8 border gates.
Local merchants have called on the government to allow the cross-border trippers to be in and out under visa, passport and other required documents, predicting that the border trade will soar if Chinshwehaw is recognized as an international land border gate.
Border trade through Chinshwehaw has sharply risen since fiscal year 2013-14, with the amount reaching 537 million U.S. dollars in the last fiscal year of 2016-17.
In fiscal year of 2017-18, Chinshwehaw targets to receive over 640 million dollars in border trade.
Myanmar mainly exports pulses, corns, sesame, rice, rubber, fisheries, sugar and sugarcane to China, while importing from the neighbor fertilizer, construction materials and consumers goods.
According to statistics of the Ministry of Commerce, bilateral trade between Myanmar and China stood at 10.7 billion dollars in the last fiscal year 2016-17.
In the first half of the present fiscal year 2017-18, the bilateral trade reached over 5.5 billion dollars, with Myanmar's export to China standing at 2.46 billion dollars and its imports at 3 billion dollars.