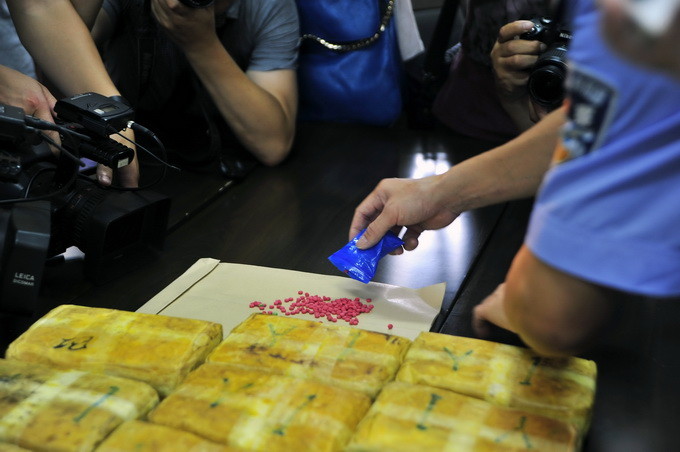 Myanmar seized over 2.46 billion kyats (1.59 million US dollars) worth narcotic drugs in Kachin state, said a release of Myanmar Police Force Saturday. The drugs were seized on a suspected car parking near the milepost 8/2 on Hopin-Luntung-Kungthar-Nyaungpin road on Friday, the release said. A total of 5.72-kg heroin worth of 400.4 million kyats (258,322 US dollars), 666,900 Yaba pills worth of 2 billion kyats (1.29 million US dollars) and 14.37 kg opium worth of 64.7 million kyats (4,171 US dollars) were found hidden in 572 soap boxes on the car on Friday morning. Investigation into the case is underway by the regional authorities under the narcotic drugs and psychotropic substances law.