Myanmar seizes over 326 tons of illegal timbers in NW region

YANGON, June 2 (Xinhua) -- Myanmar authorities seized a total of 326.8 tons of illegally harvested timbers in Sagaing region during the month of May, police said Sunday. 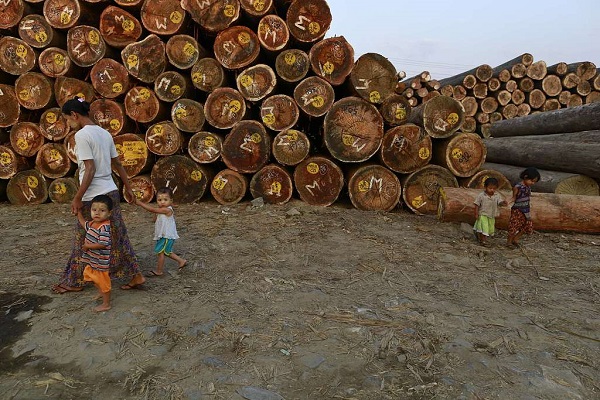 The illegal timbers were confiscated in Tamu, a border town in the region with India, during search operations across the area by a combined team of Myanmar police force, forest department and township administration to expose illegal logging and trading.

The wide variety of hardwood and teak were seized in Tamu's Mawlu and Ahlaw forest reserves as well as in some wards and villages.

Along with the seizure were also nine motorbikes, five bullock carts, 10 cattle, a logging engine and other equipment.

The authorities are continuing to crack down on illegal logging, smuggling, transporting and trading in the region.

Moreover, in last December, illegal teak logs laden by 16 boats were seized by local authorities in Singu township, Mandalay region when a regular search operation was conducted along the Ayeyawaddy River.