WORLD Myanmar to sign ceasefire with rebels amid decades of conflict

Myanmar to sign ceasefire with rebels amid decades of conflict 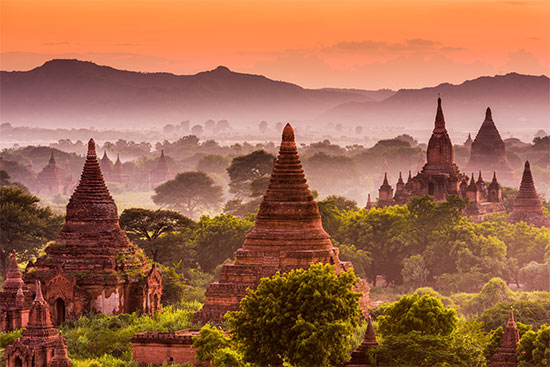 Two armed ethnic groups in Myanmar have agreed to sign a ceasefire with the government, state media reported on Wednesday, as leader Aung San Suu Kyi seeks to revive a stuttering peace process to end decades of conflict.Ending near-perpetual civil war has been Suu Kyi's stated top priority, but the Buddhist-majority country has seen the worst fighting with rebels in years since she took office 22 months ago.The peace process, which has been eclipsed in world media coverage by the plight of hundreds of thousands of Muslim Rohingya refugees fleeing to neighboring Bangladesh, is key to unlocking the resource-rich country's potential and guaranteeing development for its more than 50 million people.New Mon State Party and the Lahu Democratic Union agreed to sign the National Ceasefire Agreement (NCA) after a meeting with Suu Kyi and the military's commander-in-chief, Senior General Min Aung Hlaing, in the capital, Naypyitaw, on Tuesday, state-run newspaper Global New Light of Myanmar reported."I thank our ethnic national brothers and sisters and ethnic Mon and Lahu nationals for helping in the enduring existence of the union, peace in the union and development based on peace," Suu Kyi was quoted as saying at a press briefing.It was not immediately clear when the agreement will be signed. The two groups have not engaged in active fighting with the military in recent years, but analysts said it marks a positive move for negotiations with other armed groups.At least 10 rebel groups have not joined the NCA, an accord negotiated by the previous quasi-civilian administration. Suu Kyi opened a new round of talks in May.The Nobel Peace Prize winner had been criticized for not standing up for the largely stateless Rohingya in the western state of Rakhine, where an army action forced more than 688,000 to flee to Bangladesh since August 25 last year.The United Nations described Myanmar's action as ethnic cleansing of Rohingya, a charge Myanmar denies.