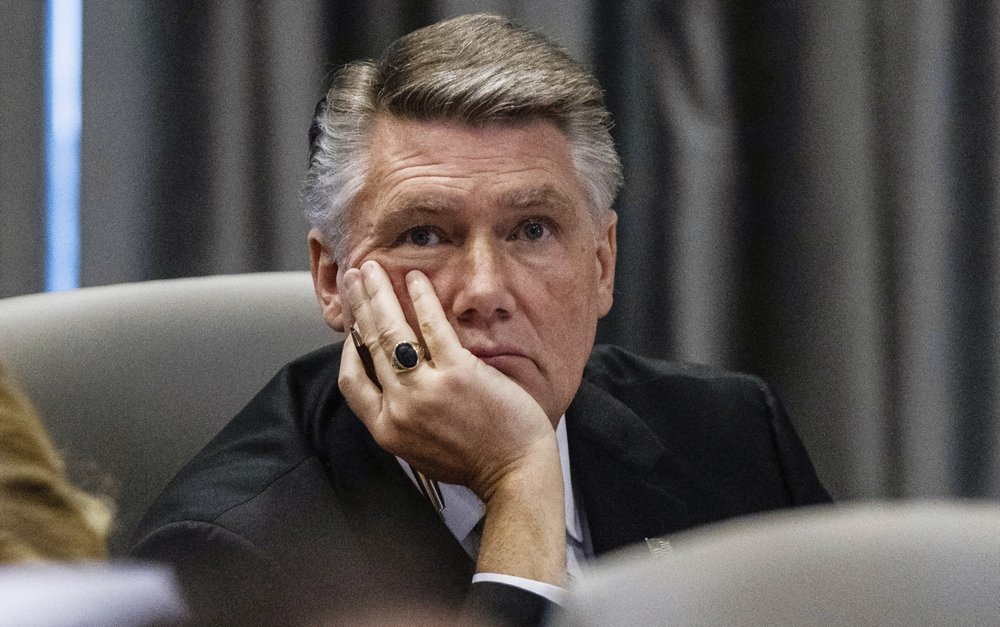 The Republican holding a slim lead in the country’s last undecided congressional election is expected to explain why he stuck with a North Carolina political operative with a shady track record that even the GOP candidate thought about protesting in the past.

North Carolina’s elections board is expected to hear testimony on Wednesday from Mark Harris. He led Democrat Dan McCready by 905 votes after November’s election, but the race wasn’t certified after allegations against a Harris contractor who focused on mail-in ballots in two rural counties.

Harris has previously said he sought out and hired political operative Leslie McCrae Dowless because he delivered votes, including for a Republican rival in the 2016 GOP primary. Harris said he discussed with an attorney after that primary whether to challenge Dowless’ incredible results for a GOP rival with mail-in ballots in Bladen County. Dowless’ methods in the 2016 general election were referred to federal prosecutors, who took no action.

Prior to that, Dowless had felony convictions for insurance fraud and perjury, but Harris has said his consultants missed those charges while looking into Dowless’ background.

During last year’s election, Dowless conducted an illegal and well-funded ballot-harvesting operation, North Carolina’s elections director said Monday. Dowless’ workers in rural Bladen County testified at a special state elections board hearing that they were directed to forge signatures, collect blank or incomplete ballots voters handed over, and even fill in votes for local candidates who hadn’t earned them.

The elections board is expected to either declare Harris the winner in the 9th congressional district or order a new election after the multi-day hearing.

McCready has asked the state elections board to order a new election, or leave the decision to the Democratic-controlled US House of Representatives, which the constitution makes the final judge of the elections and qualifications of its members.

“The results of this election were irretrievably tainted by fraud and deceit and cheating by Mr. Dowless and the campaign he was working directly for and the candidate who hired him,” McCready lawyer Marc Elias said Tuesday.

Harris attorney Alexander Dale said that would punish hundreds of thousands of voters whose choices weren’t in doubt. The elections board should declare Harris the winner and push prosecutors to act against those who broke laws protecting election integrity, Dale said.

Harris “has absolutely nothing to hide. He was told from Day One that everything about this was legal,” Dale said. “He heard nothing that it wasn’t until we heard the testimony (Monday), which certainly calls that into question.