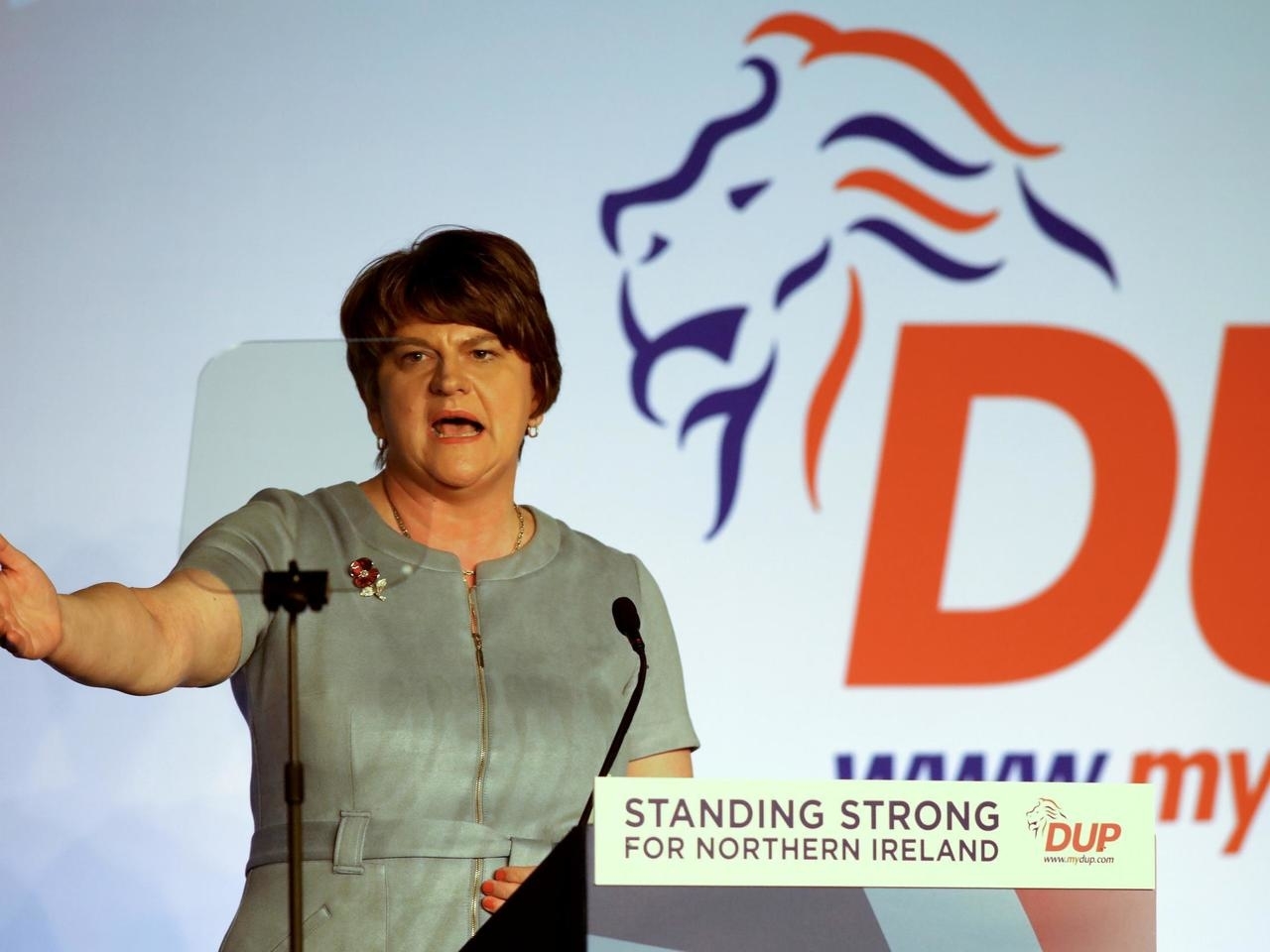 A contest for Northern Ireland's first minister began on Thursday, after the head of the British province announced her resignation amid intra-party strife and riots over the impact of Brexit.

Arlene Foster announced Wednesday she would step down as Democratic Unionist Party (DUP) leader on May 28 and first minister at the end of June -- prompting the contest at a tumultuous time for the region.

Tensions are running high in Northern Ireland, which is home to 1.9 million people and divided between pro-UK unionists and pro-Ireland nationalists.

Hardcore unionists are malcontent with a new post-Brexit "protocol" for the region they feel undermines links with mainland Great Britain -- England, Scotland and Wales.

Earlier this month tempers boiled over into days of rioting across the province that saw at least 88 police officers injured.

The new DUP leader will inherit the crisis in the unionist community and the party itself, which has been vehemently opposed to the post-Brexit "protocol" but powerless to prevent it.

"Whoever succeeds Foster will have to begin his leadership career with some very straight talking about the difficulties of dumping the protocol," said Alex Kane, in the Belfast Telegraph.

"Right now unionism needs a combination of pragmatism wrapped in the strength of a coherent response to the protocol."

No candidate has formally declared but the favourite for the leadership is regarded as Edwin Poots, a regional lawmaker serving as the agriculture minister of Northern Ireland.

Poots is considered as an ambitious hardliner within the DUP, a hard-right party with Protestant roots which sometimes regarded Foster as too moderate.

He is a "young earth creationist" who rejects the theory of evolution and believes the world was made by God around 4000 BC.

UK lawmakers Jeffrey Donaldson and Gavin Robinson are also contenders for the position, although both would be considered moderates compared to Foster.

Ian Paisley Jr, the son of the party's firebrand founder, also looms large in the race but he is sometimes regarded as a maverick and has been dogged by a scandal over parliamentary expenses.

Sammy Wilson, who sits in the UK parliament, has been the party's hardline Brexit spokesman, and could be regarded as an uncompromising character to undo the controversial arrangements in Northern Ireland.

"The DUP is overwhelmingly conservative and will now almost certainly lurch to the right. But everyone in it is painfully aware this will paint them further into a corner," wrote Newton Emerson in the Irish Times.

"Most realise the pragmatic choice is to take the hit for setbacks and 'sell' them, as Foster tried to do with the protocol as recently as January. They just cannot bring themselves to do it."

Foster was effectively forced out in an internal party revolt with 80 per cent of regional and national lawmakers backing a change of leadership, the BBC reported.

Regional media said there was discontent with her decision to abstain on a regional vote to ban gay conversion therapy.

There was also said to be bitter rancour within the party over her decision to despatch a DUP official to a summit with Irish leaders, despite a party-wide belief such meetings should be boycotted over the Brexit "protocol".

The "protocol" for Northern Ireland came into effect in January, and effectively keeps the region in the European customs union and single market for goods.

The scheme was designed to prevent a "hard border" with EU member state Ireland -- a former flashpoint in "The Troubles" sectarian conflict between unionists and nationalist which wound down in 1998.

However unionists feel new border checkpoints at Northern Irish ports, on goods arriving from Britain, are severing ties with the mainland and increasing the likelihood of a united Ireland.

The DUP were unlikely power-brokers in the UK parliament in London between mid-2017 and 2019, and were capable of blocking a Brexit entailing any special arrangements for Northern Ireland.

But after current UK Prime Minister Boris Johnson won a landslide majority in December 2019 they were powerless to prevent the "protocol".