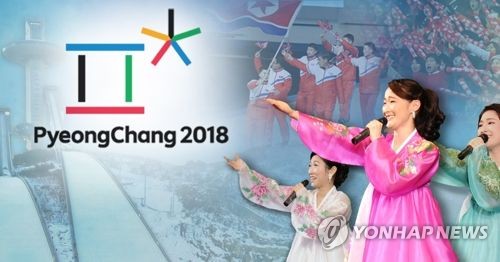 South Korea said Thursday a North Korean art troupe's planned performances in the South will not involve any provision of financial rewards, such as performance fees. The North will send its 140-member Samjiyon art troupe, which includes an orchestra, to the South for a concert in Gangneung, a sub-host city of the PyeongChang Winter Olympics, on Feb. 8 and another one in Seoul on Feb. 11. "The government is calculating costs for the performance. There will be no payment of performance fees or other rewards," Baik Tae-hyun, spokesman at Seoul's unification ministry, told a press briefing.The South is not allowed to provide bulk cash to the North under a set of U.N. sanctions on Pyongyang's nuclear and missile programs. The ministry said that an advance team will come to the South on Monday and the art troupe will travel to South Korea via a western land route the following day. It will return home on Feb. 12. The government said that it will choose about a thousand audience members for the performances by lot and distribute tickets to them. It will also invite various people such as families separated by the 1950-53 Korean War. "The two Koreas have yet to finish consultations over whether to hold a joint performance," Baik added. Hyon Song-wol, the leader of popular all-female North Korean band, came to South Korea last month to inspect possible venues for the art group's performances.