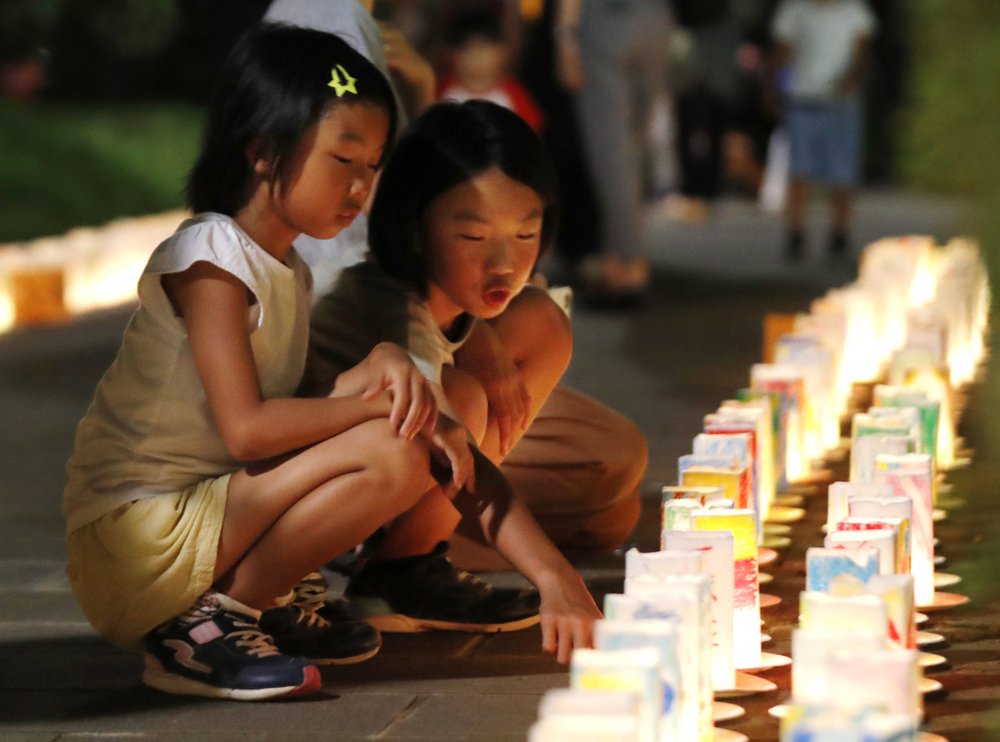 Nagasaki marked the 74th anniversary of the atomic bombing on Friday, as the mayor criticized nuclear states including the US and Russia for challenging survivors’ efforts toward a nuclear-free world.

Nagasaki Mayor Tomihisa Taue lamented in his peace declaration that the opinion that nuclear weapons are useful is gaining traction. He said both the US and Russia are returning to development and deployment of nuclear weapons after the Intermediate-Range Nuclear Forces Treaty was dissolved.

“The present world situation involving nuclear weapons is extremely dangerous,” he said. “The achievements of human kind and the results of our longstanding efforts to rid the world of nuclear weapons are collapsing one after another, and the danger of a nuclear calamity is mounting.”

On Aug. 9, 1945, the US bombing of Nagasaki, a second atomic attack on Japan, killed 70,000 people and was followed by Japan’s surrender ending World War II. The first atomic bombing on Aug. 6 on Hiroshima killed another 140,000. Many survivors have developed cancer or other illnesses because of the impact from their exposure to radiation and suffered discrimination.

Survivors and other participants marked the 11:02 a.m. blast with a minute of silence.

Japan, which hosts 50,000 American troops and is protected by the US nuclear umbrella, has not signed the Treaty on the Prohibition of Nuclear Weapons, something that atomic bombing survivors and pacifist groups protest as insincere.

“Japan has turned its back on the Treaty on the Prohibition of Nuclear Weapons,” Taue said, and urged Prime Minister Shinzo Abe, who was also at the peace memorial, to sign the treaty as soon as possible to represent the only country in the world to have suffered atomic attacks.

“I ask Japan to seize the trend toward denuclearization on the Korean Peninsula and to initiate efforts to make Northeast Asia a nuclear-free zone where all countries coexist under, not a ‘nuclear umbrella,’ but a ‘non-nuclear umbrella.’”

He also urged Abe’s government to stick to the pacifist constitution and spread the spirit around the world instead. Abe has made revising the war-renouncing Article 9 of the constitution one of his priority political goals through the September 2021 end of his current term.

Abe said in his speech that continuing to make efforts toward a nuclear-free world is Japan’s responsibility, but did not mention the treaty.