The first batch of COVID-19 vaccines from Chinese pharmaceutical firm Sinovac arrived in Namibia on Tuesday afternoon, which will help the African country's immunization campaign against the pandemic. 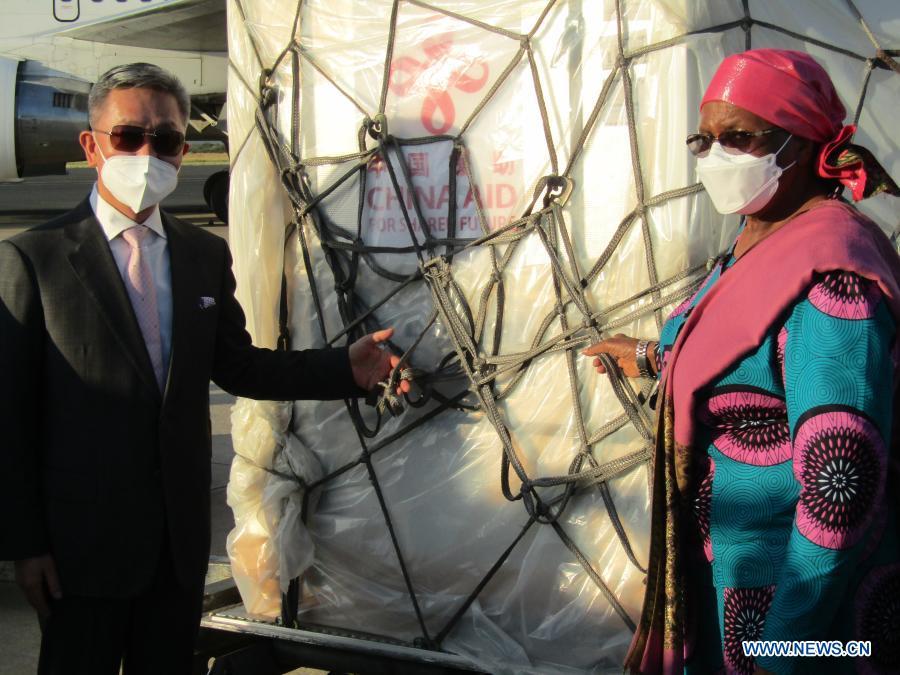 Receiving the vaccines at the Hosea Kutako International Airport, Namibian Deputy Prime Minister and Minister of International Relations and Cooperation Netumbo Nandi-Ndaitwah said the vaccines' arrival gives hope to the country's fight against the coronavirus.

Highlighting the long-time friendship between Namibia and China, Nandi-Ndaitwah said she hopes China's vaccines will help the country better manage the pandemic and revive the economy.

She also thanked Zimbabwe for its assistance in transfering the vaccines to Namibia.

Speaking at the handover ceremony, Chinese ambassador to Namibia Zhang Yiming said the batch of vaccines is not only a gift to the Namibian people, but also a vivid reflection of the two countries' political trust and friendship.

The country will roll out vaccines in line with the Expanded Program on Immunization, and phase I vaccination will begin from March 19 to April 16 in two regions, according to Health Minister Kalumbi Shangula.