WINDHOEK, Aug. 10 (Xinhua) -- Namibia's founding president Sam Nujoma on Tuesday joined the rest of the country in rolling the red carpet to the country's first ever female Olympic silver medalist Christine Mboma, appointing her a goodwill ambassador for his foundation. 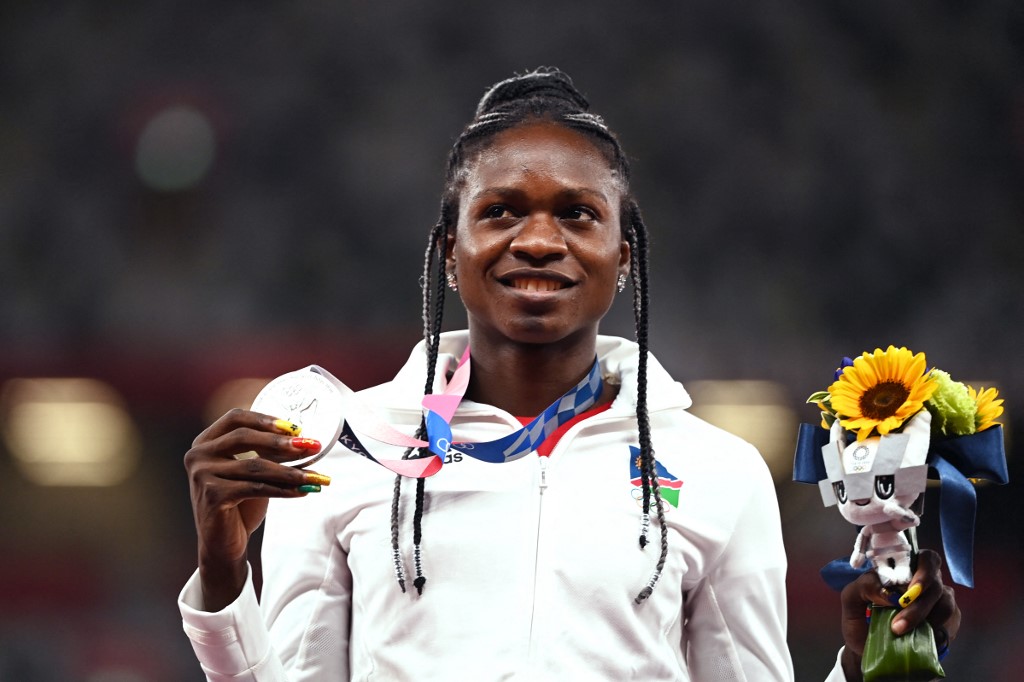 Silver medallist Namibia's Christine Mboma celebrates during the medal ceremony for the women's 200m event during the Tokyo 2020 Olympic Games at the Olympic Stadium in Tokyo on August 4, 2021. (Photo: AFP)

Nujoma described Mboma's exploits at the Tokyo Olympics as heroic.

In a statement released by his foundation, Nujoma said Mboma's exploits were exceptional, outstanding, breath-taking and courageous, following her rapid ascent to Olympic immortality after winning a silver medal during the women's 200m final race at the Tokyo 2020 Summer Olympic Games.

"In the same vein, allow me to wholeheartedly congratulate Ms. Beatrice Masilingi, Ms. Helalia Johannes and all other Namibian athletes for consistently representing our country at the world stage. Their performance, tenacity and personal best during the Olympic Games makes us proud as Namibians," Nujoma said.

Nujoma said given that his foundation has been founded upon the principle of self-reliance and capacity building, through the process leading up to Tokyo 2020, Namibian athletes have demonstrated a high sense of self-reliance in their abilities, raw talent and, above all, patriotism towards their motherland.