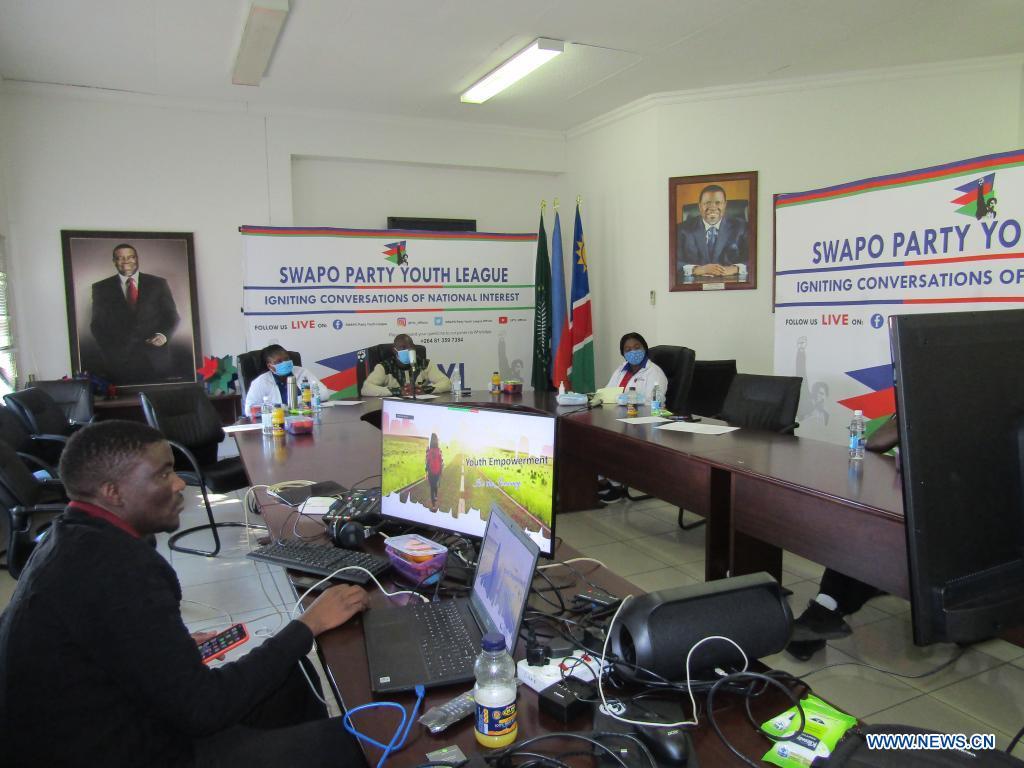 She was speaking at an information-sharing session conducted by the SWAPO's Party Youth League and the CPC youth members ahead of the CPC's centenary celebrations for early July.

Shaningwa said Namibia has created programs on fighting against poverty and will be dedicated to implement them by learning from China, which has successfully reduced poverty in rural areas through its people-centered programs on agriculture, infrastructure development as well as technological advancement.

"The CPC and the SWAPO party have had cordial relations dating back to the years of our liberation struggle where they supported us, and our two governments continue to cooperate on many developmental aspects for the betterment of our people," she said.

"As a sister party, we want to continue tapping the cooperation of our governments and parties in fostering development for the future," she added.

"As a country we still face challenges in creating employment for our youth," Nekongo said, expressing hopes to reduce unemployment through cooperation with the CPC.

Chinese Ambassador to Namibia Zhang Yiming underscored the need for continued cooperation between the CPC and SWAPO as a means to achieve people-centered development.

Secretary for Economic Affairs of the SWAPO's Party Youth League and Namibia's youngest regional governor Marius Sheya said that development is a process that his party is willing to go through in the future.