In order to remember the history of World War II and to maintain a lasting peace in the world, peace-loving people officially launched the Nanjing Massacre Victims Monument in Ontario, Canada on Sunday. 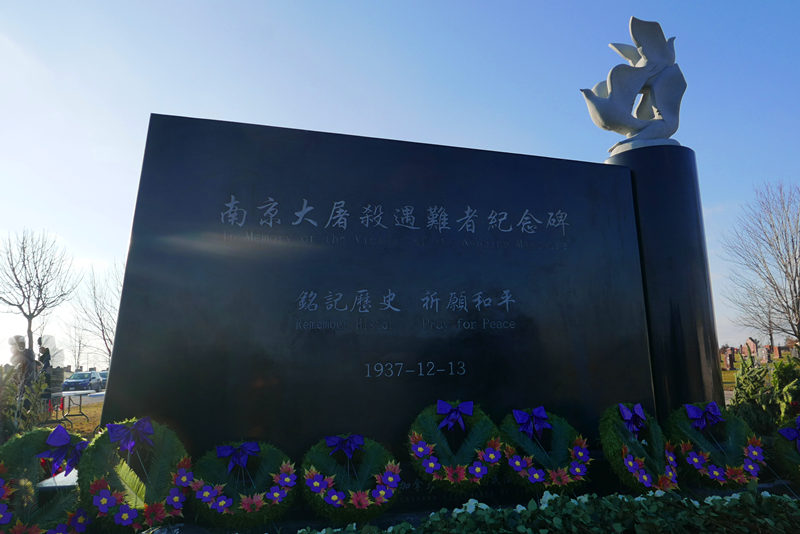 Over one thousand representatives from all walks of life in Canada, including Han Tao, Consul General of China in Toronto, attended the launching ceremony in Richmond Hill of Great Toronto Area,

Setting up the Nanjing Massacre Victims Monument was launched by the Confederation of Toronto Chinese Canadian Organizations and Chinese Freemasons of Canada (Toronto).

The book-shape monument is to cover an area of 90 square meters. It is 3.72 meters high, 4.88 meters long, and 9.2 meters wide. It is made of black marble. It is a symbol of a black and heavy period of human history. It is already under process of production.

Lin Xinyong, president of the Confederation of Toronto Chinese Canadian Organizations told Xinhua on Sunday that the Nanjing Massacre is the eternal pain in the Chinese heart.

On Dec 13, 1937, the Japanese army bombed Nanjing and went on a murderous rampage through the city, then China's capital. The Nanjing Massacre, or Rape of Nanjing, was an episode of mass murder and mass rape committed by Japanese troops against the residents of Nanjing.

That is the tragedy of Chinese and is also the humiliation of human beings. The Nanjing Massacre is being forgotten by more and more people, and the desperation of the victims of the massacre is even less likely to be felt by the people. Almost nobody realizes that such tragedy may come to oneself one day, Lin said.

Remembering history and praying for peace is engraved on the monument and engraved in our minds. The monument is meant to let more people to have a better understanding of the Japanese invaders' atrocities against humanity and cherish peace, Li added.

Han Tao, Consul General of China in Toronto, told Xinhua the monument will help people of all backgrounds understand the tragic history of the Nanjing Massacre, value peace and safeguard justice, adding that it will also deepen the mutual understanding and friendship between China and Canada and contribute a stable, harmonious and prosperous world.