Naruhito became Japan's new emperor at the stroke of midnight Wednesday, taking over the head of the world's oldest monarchy after his father Akihito's historic abdication. 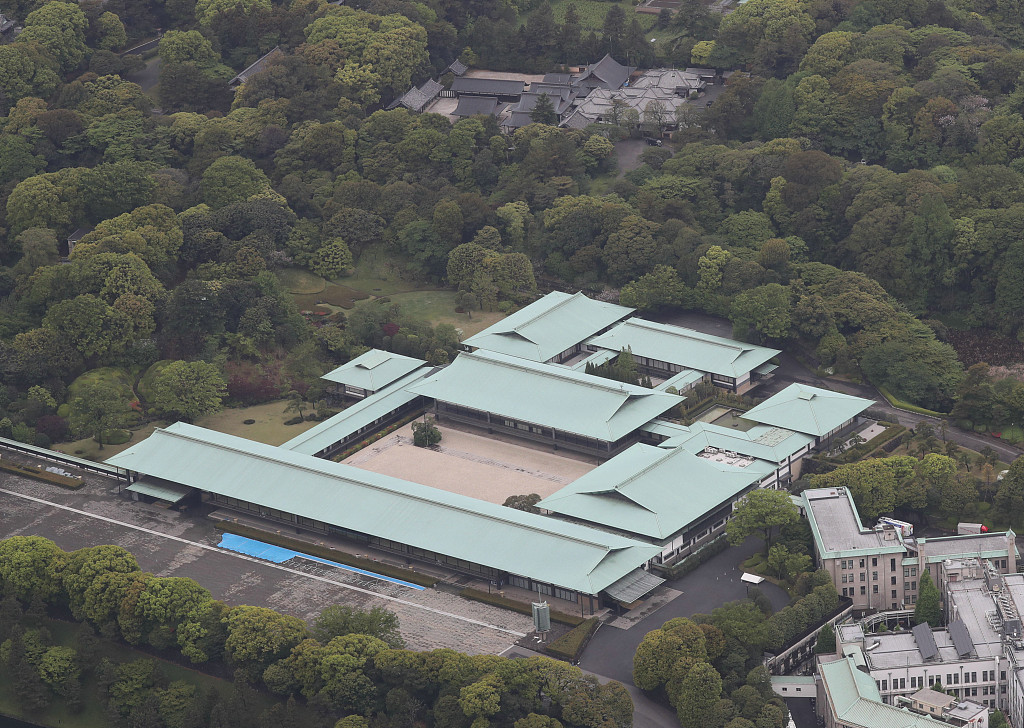 An aerial photo of the Imperial Palace in central Tokyo, Japan. (Photo: VCG)

Japan also kicks off the new imperial era of "Reiwa", meaning "beautiful harmony", that will endure as long as the 59-year-old Naruhito sits on the Chrysanthemum Throne.