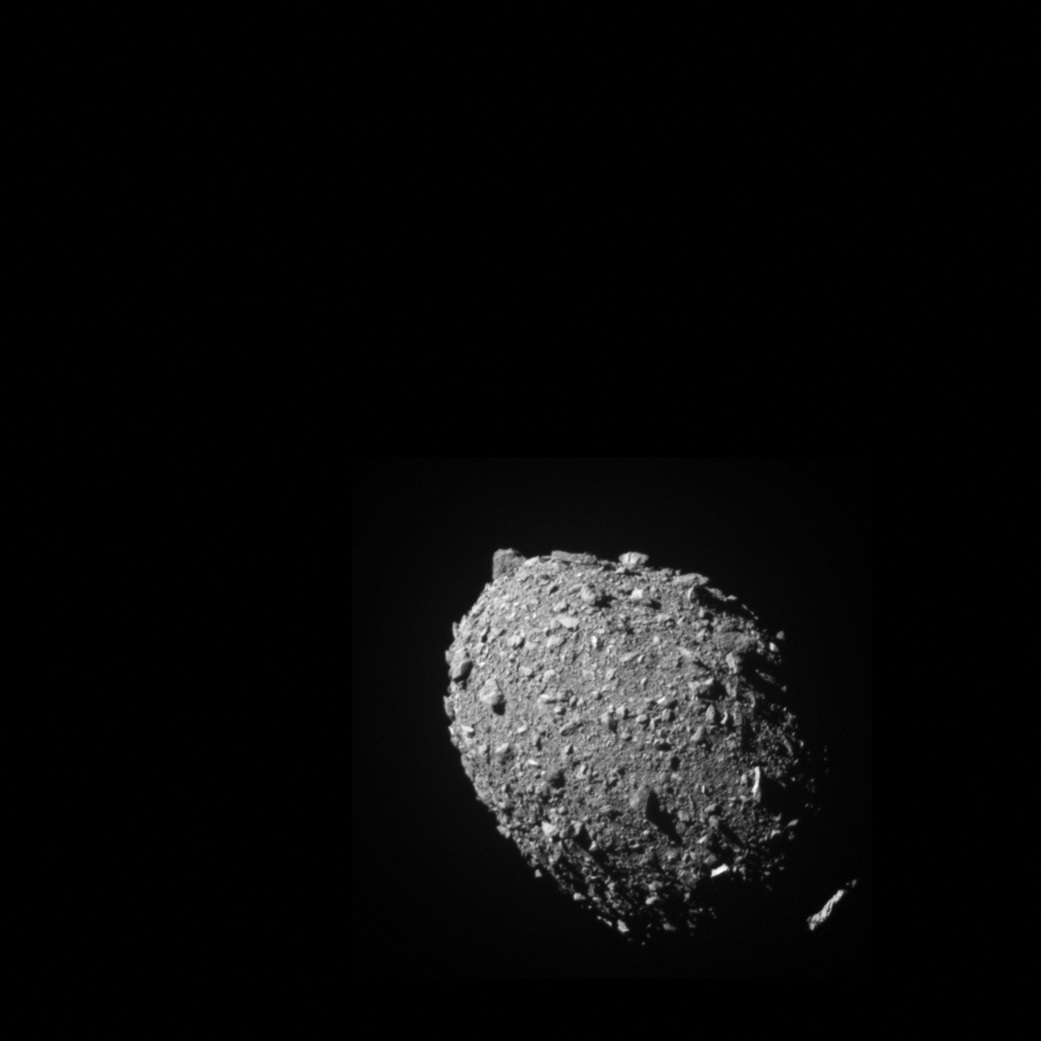 Asteroid moonlet Dimorphos as seen by the DART spacecraft 11 seconds before impact in this image taken by DART's on board DRACO imager from a distance of 68 kilometers, and released Sept 26, 2022. [Photo/Agencies]

LOS ANGELES - A NASA spacecraft intentionally slammed into an asteroid on Monday in a test to protect Earth in case of an asteroid impact threat.

The agency's Double Asteroid Redirection Test (DART) probe carried out the first-of-its-kind maneuver on a small space rock known as Dimorphos, about 11 million km from Earth.

The DART mission aims to shift an asteroid's orbit through kinetic impact, in order to test and validate a method to protect Earth in case of an asteroid impact threat, according to NASA.

As part of NASA's larger planetary defense strategy, DART will simultaneously test new technologies and provide important data to enhance modeling and predictive capabilities to better prepare for an asteroid that might pose a threat to Earth, should one be discovered, said NASA.

The DART spacecraft was launched on Nov 24, 2021, and spent 10 months journeying to its asteroid target.