NASA counts down to launch of first spacecraft to 'touch Sun'

NASA counted down Friday to the launch of a $1.5 billion spacecraft that aims to plunge into the Sun's sizzling atmosphere and become humanity's first mission to explore a star.

The car-sized Parker Solar Probe is scheduled to blast off on a Delta IV Heavy rocket from Cape Canaveral, Florida early Saturday.

By coming closer to the Sun than any spacecraft in history, the probe's main goal is to unveil the secrets of the corona, the unusual atmosphere around Sun.

Not only is the corona about 300 times hotter than the Sun's surface, it also hurls powerful plasma and energetic particles that can unleash geomagnetic space storms, wreaking havoc on Earth by disrupting the power grid.

But these solar outbursts are poorly understood.

"The Parker Solar Probe will help us do a much better job of predicting when a disturbance in the solar wind could hit Earth," said Justin Kasper, one of the project scientists and a professor at the University of Michigan. 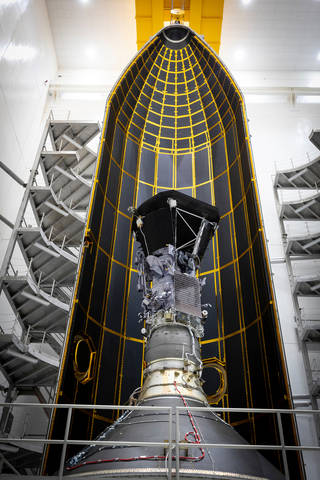 NASA’s Parker Solar Probe inside one half of its 62.7-foot-tall fairing. Photos: NASA

The probe is protected by an ultra-powerful heat shield that is just 4.5 inches thick (11.43 centimeters).

The shield should enable the spacecraft to survive its close shave with the center of our solar system, coming within 3.83 million miles (6.16 million kilometers) of the Sun's surface.

The heat shield is built to withstand radiation equivalent up to about 500 times the Sun's radiation here on Earth.

Scorching, yes? But if all works as planned, the inside of the spacecraft should stay at just 85 F (29 C).

The goal for the Parker Solar Probe is to make 24 passes through the corona during its seven-year mission.

"We are ready. We have the perfect payload. We know the questions we want to answer." 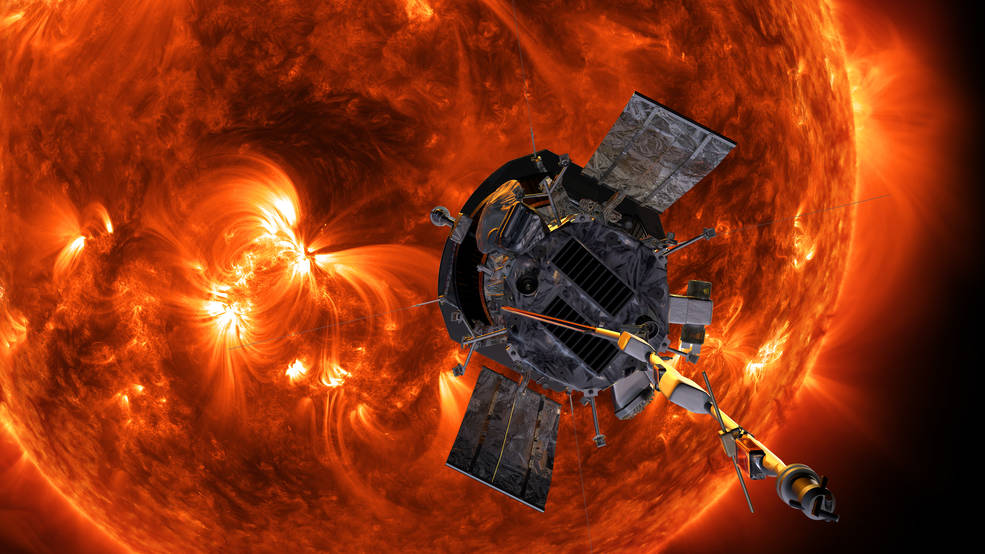 An illustration of Parker Solar Probe approaching the Sun.

The tools on board will measure the expanding corona and continually flowing atmosphere known as the solar wind, which solar physicist Eugene Parker first described back in 1958.

Parker, now 91, recalled that at first, some people did not believe in his theory.

But then, the launch of NASA's Mariner 2 spacecraft in 1962 -- becoming the first robotic spacecraft to make a successful planetary encounter -- proved them wrong.

"It was just a matter of sitting out the deniers for four years until the Venus Mariner 2 spacecraft showed that, by golly, there was a solar wind," Parker said earlier this week.

He added that he is "impressed" by the Parker Solar Probe, calling it "a very complex machine."

Scientists have wanted to build a spacecraft like this for more than 60 years, but only in recent years did the heat shield technology advance enough to be capable of protecting sensitive instruments, according to Fox.

Tools on board will measure high energy particles associated with flares and coronal mass ejections, as well as the changing magnetic field around the Sun.

"We will also be listening for plasma waves that we know flow around when particles move," Fox added.

"And last but not least, we have a white light imager that is taking images of the atmosphere right in front of the Sun."

Parker uses a highly elliptical orbit with Venus gravity assists to get closer to the Sun.

When it nears the Sun, the probe will travel rapidly enough to go from New York to Tokyo in one minute -- some 430,000 miles (700,000 kilometers) per hour, making it the fastest human-made object.