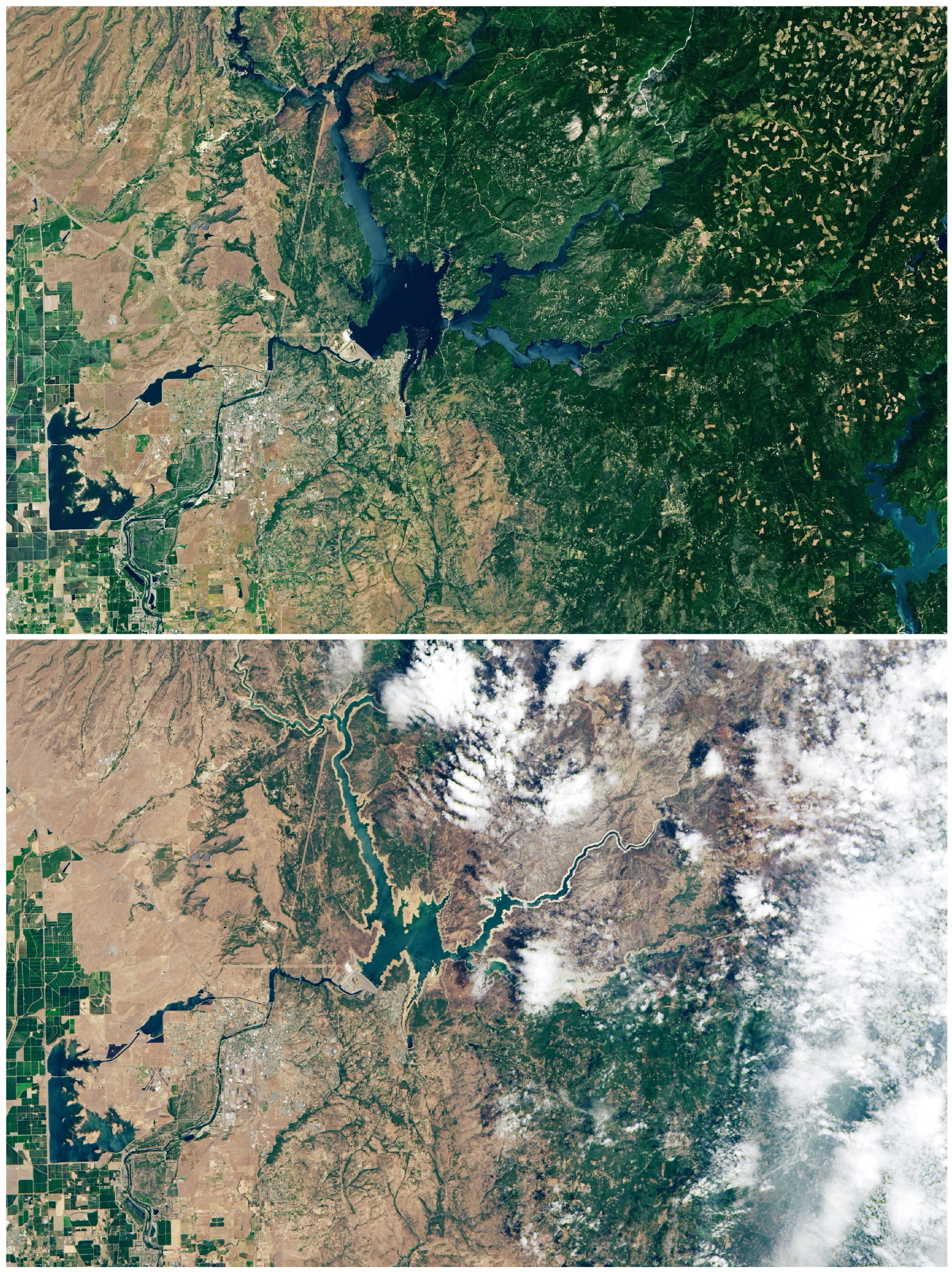 According to pictures posted by local CBS news channel Friday, the progression of melting snow in the Sierra Nevada, a key source of water for the Golden State, was much faster than normal. After a below-average snowfall season, the snow melted away completely nearly a month ahead of schedule.

On July 7, the snow had fully vanished, the images taken by Moderate Resolution Imaging Spectroradiometer on NASA's Terra satellite showed. It explained why major reservoirs in the state lost their necessary water supply for the drier months in summer and fall.

In any given year, Sierra Nevada snow makes up about 30 percent of California's water supply, the report said. This year, however, about 685,000 acre-feet (844.9 million cubic meters) of expected water runoff never reached the intended reservoirs.

This loss means about 40 percent water that Los Angeles, the second largest city in the United States, uses in a year.

An additional series of images, taken by the Operational Land Imager on the Landsat 8 satellite, show Shasta Lake and Lake Oroville's worsening conditions between June of this year and June 2019.

Shasta Lake saw its lake level drop 106 feet (32.3 meters) in elevation in the two years since the first image was captured, the space agency said, while local authority's data showed that as of last month, the lake held 1.87 million acre-feet (2.3 billion cubic meters) of water, about 41 percent of its capacity, and 49 percent of the historical average for the season.

Lake Oroville's lake level dropped 190 feet (57.9 meters) in that time. The record low for the lake is 645 feet (196.6 meters), set in September 1977, according to CBS. John Yarbrough, deputy director of the California Department of Water Resources State Water Project, predicted that record could be broken this summer.