LOS ANGELES, July 13 (Xinhua) -- The High Resolution Imaging Science Experiment (HiRISE) camera aboard the US space agency NASA's Mars Reconnaissance Orbiter (MRO) has spotted its Curiosity Mars rover in a new image taken from space, according to a release of NASA's Jet Propulsion Laboratory on Friday. 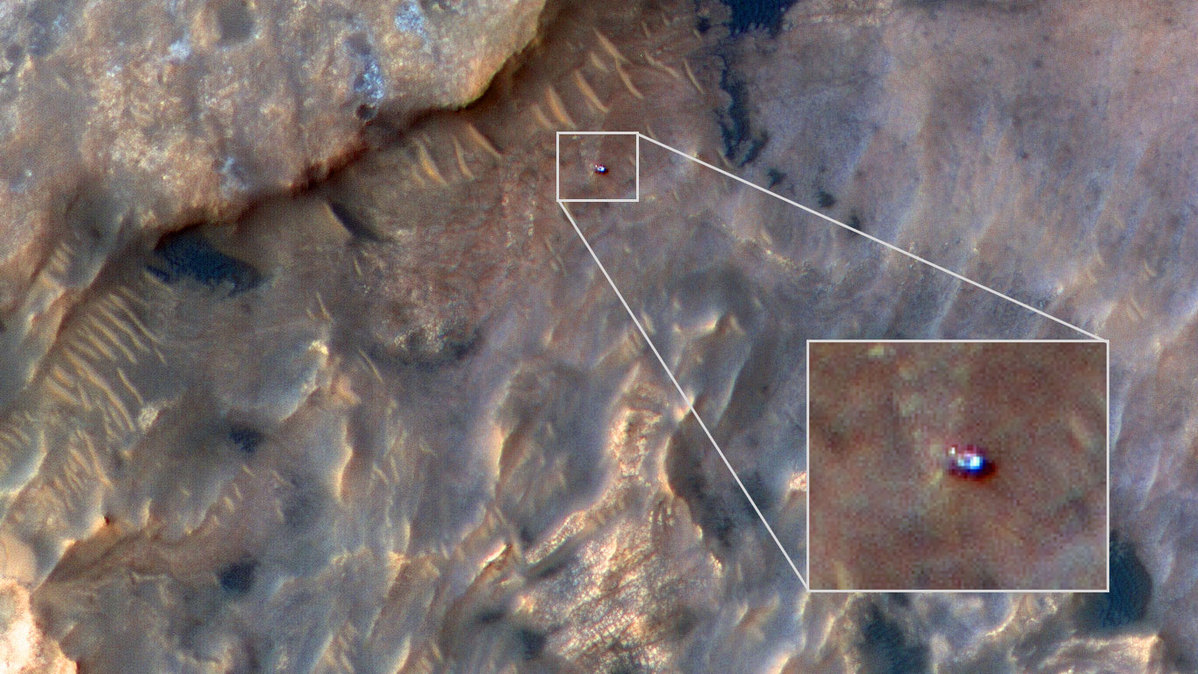 NASA's Curiosity Mars rover can be seen in this image taken from space on May 31, 2019, by the HiRISE camera aboard the Mars Reconnaissance Orbiter. In the image, Curiosity appears as a bluish speck. (Photo/NASA's JPL-Caltech)

It is just one of many stops the rover has made in an area referred to as the "clay-bearing unit" on the side of Mount Sharp, a 5-km-tall mountain inside of Gale Crater, according to JPL.

Vera Rubin Ridge cuts across the scene north of the rover, while a dark patch of sand lies to the northeast.

Curiosity appears as a bluish speck. At the time this image was acquired, the rover was facing 65 degrees counterclockwise from north, according to JPL.

Mirror-like reflections off smooth surfaces show up as especially bright spots in HiRISE images. For the camera to see these reflections on the rover, the Sun and MRO need to be in just the right locations, said JPL.

Curiosity landed near Mount Sharp in the Gale Crater on Mars in August 2012 and reached the base of the mountain in 2014. It has since traversed through a diversity of environments where both water and wind have left their imprint.