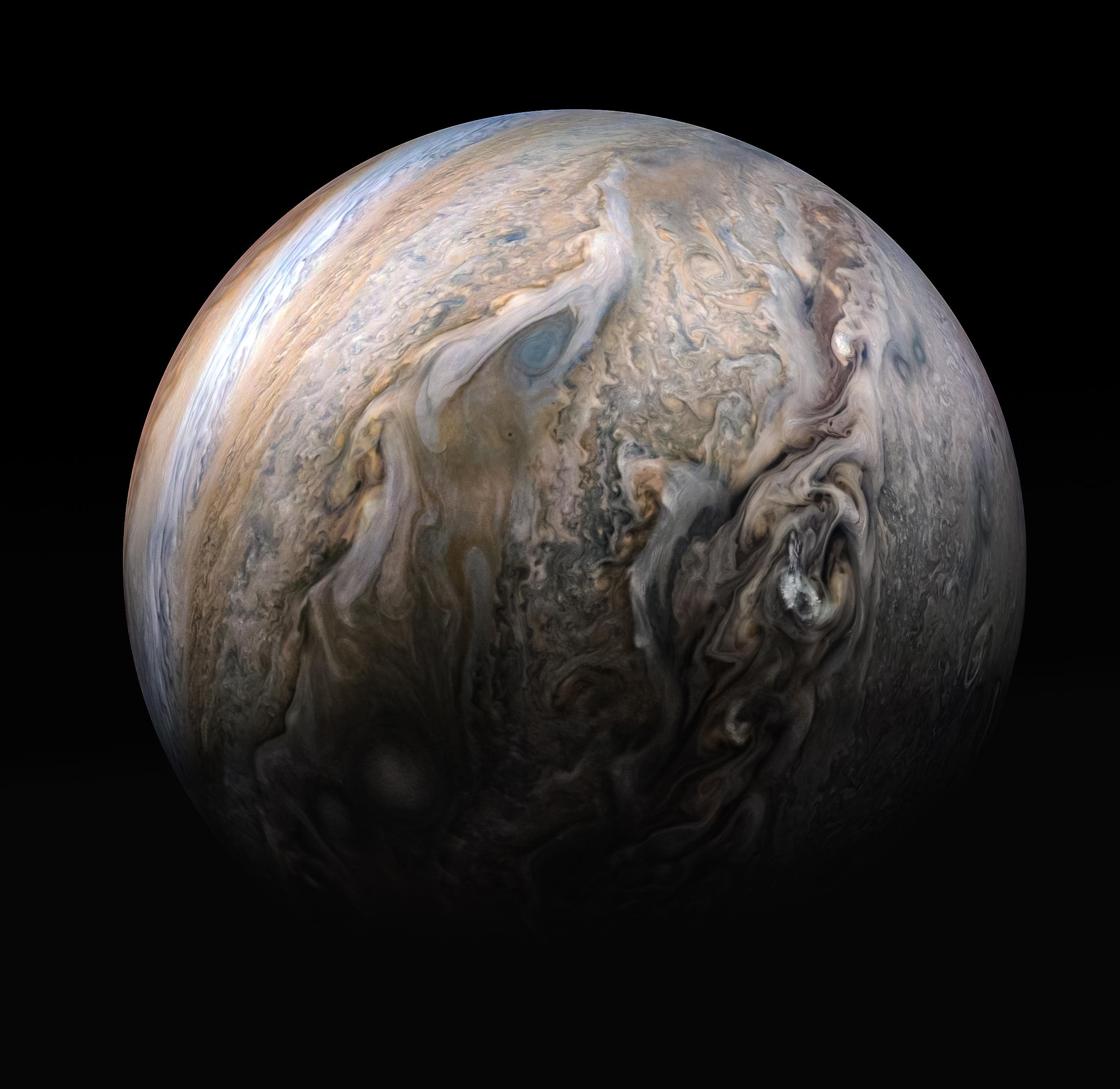 Juno took four images used to produce this color-enhanced view on May 29, 2019, as the spacecraft performed its 20th science pass of Jupiter, said JPL.

At the time the images were taken, the spacecraft was between 18,600 km and 8,600 km above Jupiter's cloud tops, above a northern latitude spanning from about 59 to 34 degrees, according to JPL.

Juno was launched on Aug. 5, 2011, from Cape Canaveral Air Force Station in the southern US state of Florida, and arrived in orbit around Jupiter on July 4, 2016.

Juno's principal goal is to understand the origin and evolution of Jupiter, look for a solid planetary core, map magnetic fields, measure water and ammonia, and observe the planet's auroras.