WORLD NASA says will use Russia's Soyuz despite rocket failure

NASA says will use Russia's Soyuz despite rocket failure

NASA chief Jim Bridenstine on Friday praised the Russian space programme and said he expected a new crew to go to the International Space Station in December despite a rocket failure.

"I fully anticipate that we will fly again on a Soyuz rocket and I have no reason to believe at this point that it will not be on schedule," he told reporters. 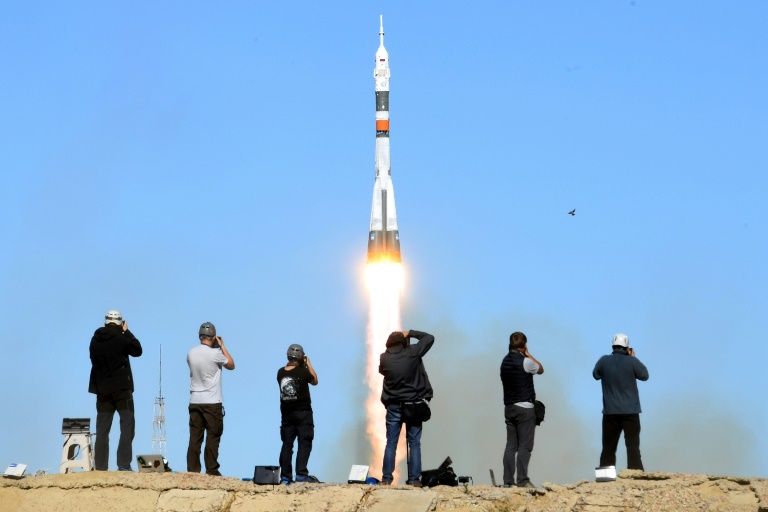 This week's Soyuz rocket launch was aborted but Russia said the next manned mission to the International Space Station could be brought forward. (Photos: AFP)

The NASA administrator spoke to reporters at the US embassy in Moscow a day after a Soyuz rocket failure forced Russian cosmonaut Aleksey Ovchinin and US astronaut Nick Hague to make an emergency landing shortly after takeoff in Kazakhstan. The pair escaped unharmed.

It was the first such incident in Russia's post-Soviet history -- an unprecedented setback for the country's space industry.

The Soviet-designed Soyuz rocket is currently the world's only lifeline to the International Space Station and the accident will affect both NASA and the work of the orbiting laboratory.

Bridenstine, who is visiting Russia and Kazakhstan for the first time since his appointment as NASA chief this year, observed the launch from Baikonur cosmodrome with his Russian counterpart Dmitry Rogozin.

Appearing at times emotional, he said he was "confident" a new manned mission to the ISS would go ahead as planned in December, praising the "wonderful relationship" between the Russian and US space agencies.

"Not every mission that fails, ends up so successful," he said.

The next Soyuz launch had been scheduled to take a new crew to the ISS on December 20.

Russia said earlier Friday it was likely to bring forward the flight of a new manned space mission but postpone the launch of a cargo ship scheduled for October 31.

"We will try to bring forward the launch of a new crew," said Sergei Krikalyov, executive director of the Russian space agency and veteran cosmonaut.

He did not provide further details and a Roscosmos spokeswoman told AFP that the space agency currently does not have a new schedule of launches.

All manned launches have been suspended and a criminal probe has been launched.

When asked about the accident, US President Donald Trump said on Thursday that he was "not at all worried" that Americans had to rely on Russians to go to space.

Krikalyov said that "in theory" the ISS which serves as a scientific lab could remain unmanned but added Russia would do "everything possible not to let this happen."

A space walk planned for mid-November has also been cancelled, he said. The crew had planned to examine a hole in a Russian spacecraft docked at the orbiting station.

Thursday's aborted launch was a huge embarrassment for Moscow, which has touted plans to send cosmonauts to the Moon and Mars.

The Kremlin said experts were working to determine what caused the rocket failure. 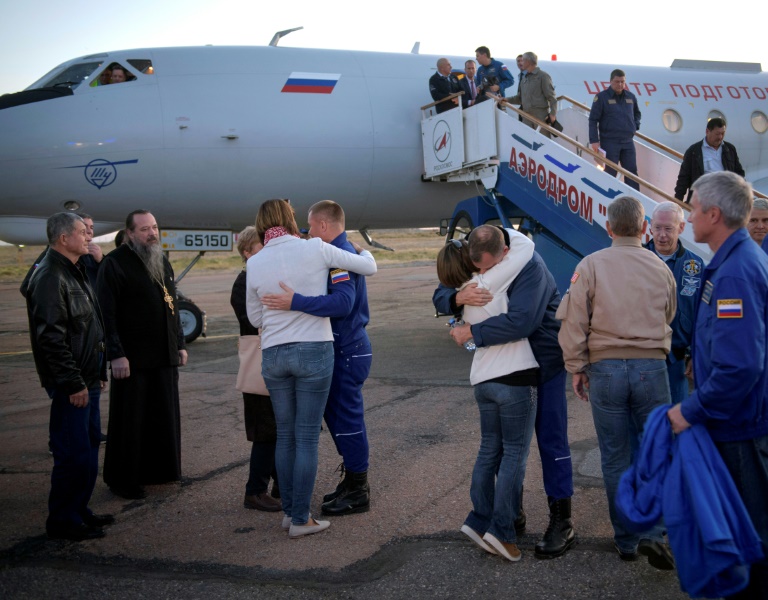 NASA astronaut Nick Hague and Russian cosmonaut Alexey Ovchinin were greeted by family members and officials after landing in Kazakhstan.

Ovchinin and Hague on Friday returned to the Star City training centre outside Moscow where they will be under medical observation for two days.

Officials said the two felt fine and did not need any treatment. The NASA chief said he had spoken to Hague who he said was in high spirits despite the ordeal. "He was very funny," he said.

Roscosmos chief Rogozin said the pair were likely to go into space in the spring.

Industry experts say the country's space industry has suffered so many mishaps including the loss of cargo spacecraft that a serious accident during a manned mission was simply a matter of time. 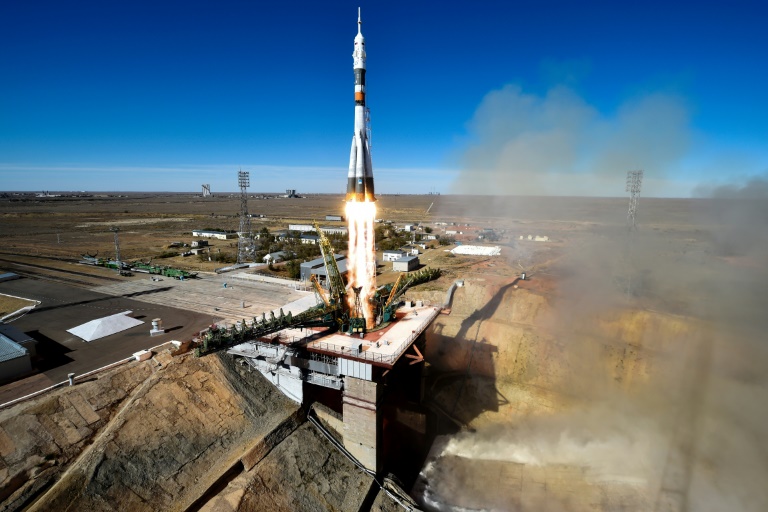 Observers said the astronauts survived the launch failure thanks to the Soviet-era rocket's rescue system.

"The breakup of the Soyuz," Kommersant broadsheet said in a frontpage headline.

But observers also said the astronauts survived thanks to the reliability of the Soviet-era rocket's rescue system, which returned them safely to Earth despite the launch failure.

"As strange as it may seem, the accident at Baikonur only confirmed the reliability of the Russian rocket," said opposition newspaper Novaya Gazeta.

But it added that Russia's state space industry probably could not be saved "in its current form."