NASA shows off the strange 'Penguin and Egg' twin galaxies 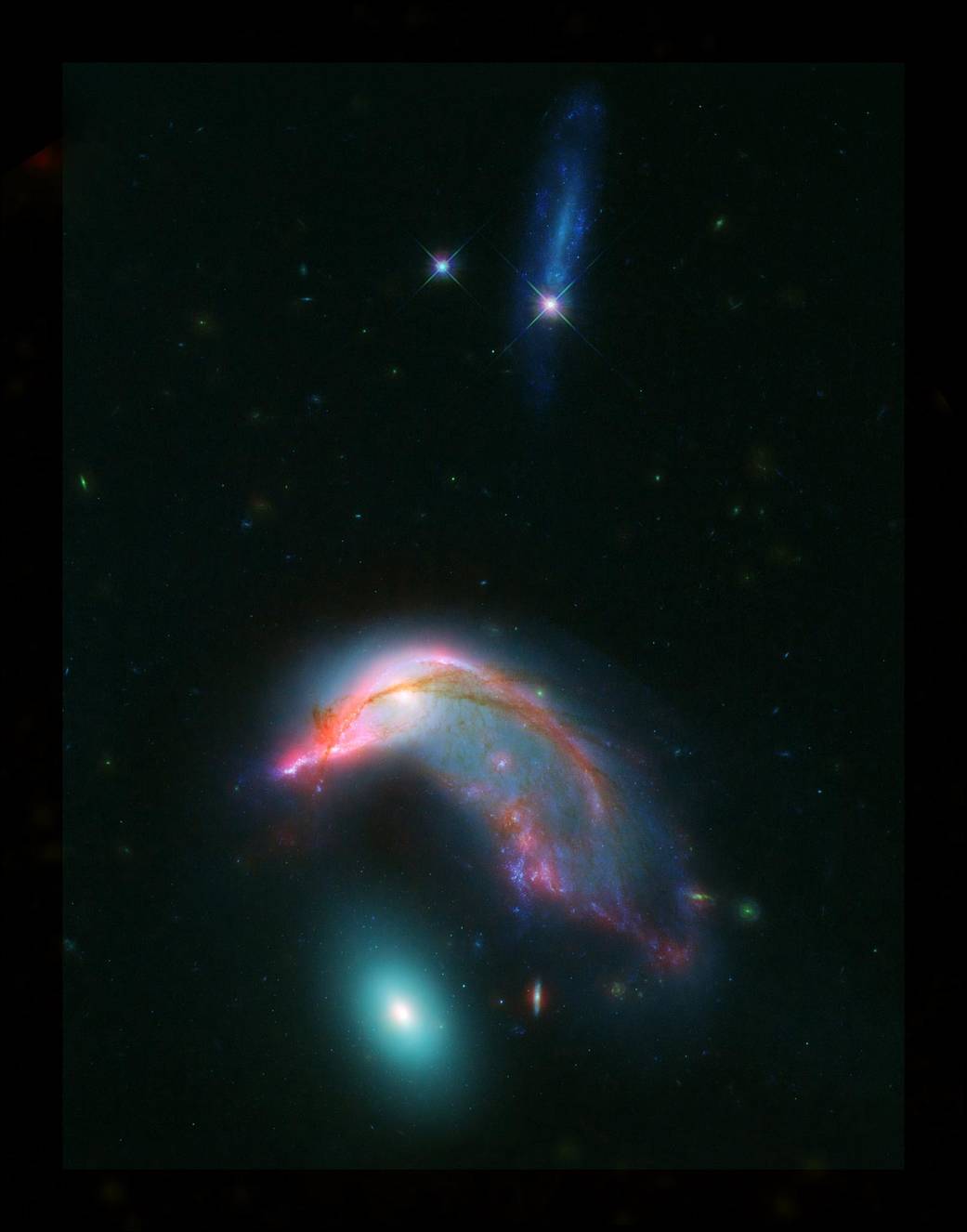 Thanks to powerful skywatchers like the Hubble Space Telescope and similar devices, we've managed to discover a lot of extremely bizarre galaxies off in the distance, including eccentric sights like the Pillars of Creation and the Cartwheel galaxy. But at least in terms of nicknames, the "Penguin guarding an egg" is among the more strange names. It's more officially known as Arp 142, and it's actually two galaxies that are 23 million lightyears away - the one shaped vaguely like a penguin (called NGC 2336) was once a normal spiral galaxy, while the Egg (called NGC 2937) is likely a very old galaxy that's long since run out of any materials like gas and dust which stars can form in.

The two galaxies of Arp 142 are gradually moving closer together, inescapably caught in each other's gravity. According to a press release from NASA, the penguin and egg will eventually merge together to form something similar in appearance to the Milky Way galaxy.

This image was created using data from both the Hubble telescope and the infrared Spitzer Space Telescope, allowing the image to show off a whole spectrum of colors across visible and infrared light. So you wouldn't be able to see a bright pink penguin if you looked through a normal telescope - to the naked eye, the penguin would appear to be a much fainter light blue.Somewhere in here, there's probably some sort of metaphor involving the creation of life and a penguin hatching their egg. But we'll leave that to you to make something out of it. In the meantime, just don't try to steal the egg, because penguins don't like that.