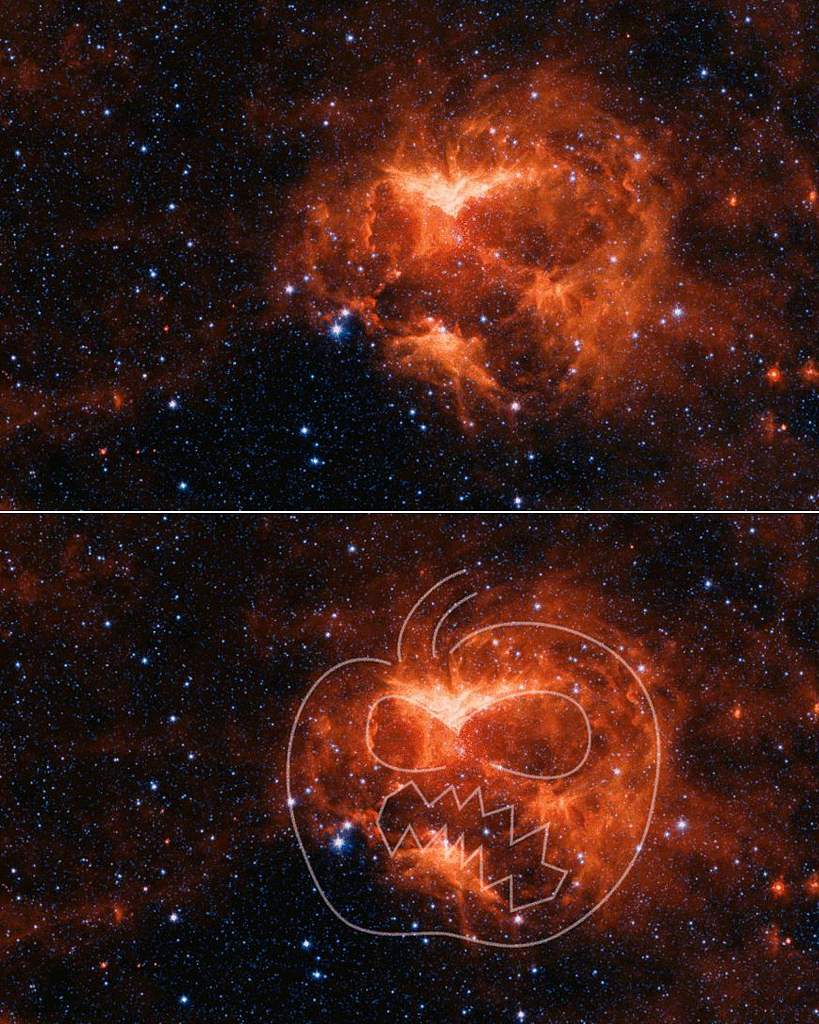 Researchers uncovered the grimacing pumpkin while mapping star formation in the outer region of the Milky Way. A new animation of the nebula outlines the hollowed-out pumpkin, which appears to be screaming into space.

The carved-out cloud of gas and dust is caused by the outflow of radiation and particles from a massive O-type star that is 15 to 20 times more massive than the sun,according to a statement from NASA.