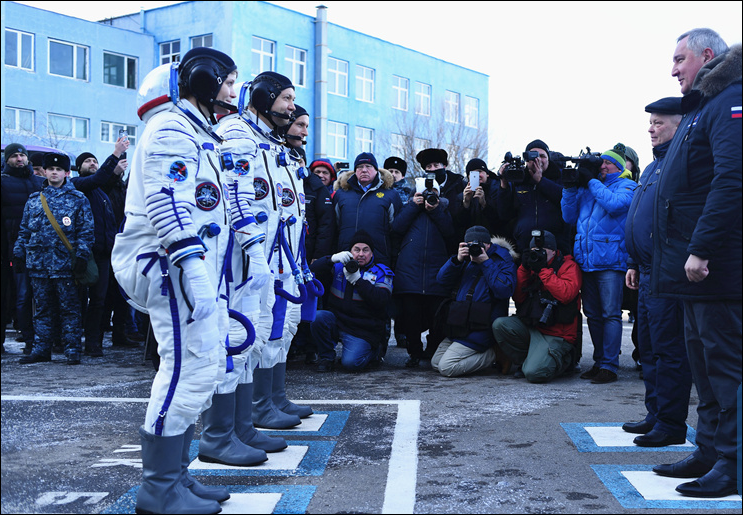 The US National Aeronautics and Space Administration (NASA) will continue to use Russia's Soyuz spacecraft to bring astronauts to the International Space Station (ISS), the head of Russia's space corporation Roscosmos Dmitry Rogozin said Thursday.

"Statements made by Americans that they will soon use their own spacecraft turned out to be somewhat hasty. We now have requests from our US partners to continue using our spacecraft for transporting their astronauts," Rogozin told Russian news agency RBC in an interview.

Rogozin added that Roscosmos plans to organize space tourist flights on Soyuz and cooperate with many partners, including the United Arab Emirates. Such programs and delivering astronauts to the ISS may bring hundreds of millions of US dollars in revenue to Roscosmos every year.

Russia's Soyuz models are currently the only spacecrafts for spaceflights between the ISS and Earth.