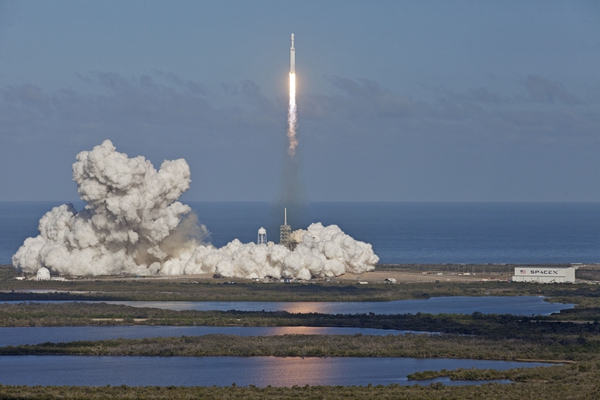 The United States space agency NASA is preparing to launch a probe on an August morning to study the Sun closer than any human-made object ever has, revealing multiple mysteries behind the star.

The car-sized spacecraft called Parker Solar Probe is slated to lift off no earlier than August 6 on a United Launch Alliance Delta IV Heavy, according to NASA.

Coils of magnetic energy can burst out with light and particle radiation that travel through space and create temporary disruptions in our atmosphere, sometimes garbling radio and communications signals near Earth.

Therefore, the key to understanding its origins lies in understanding the Sun itself and that's where Parker Solar Probe comes in, according to the researchers at NASA.

The spacecraft carries a lineup of instruments to study the Sun both remotely and directly.

One science task is the mystery of the acceleration of the solar wind, the Sun's constant outflow of material, and the other is the secret of the corona's enormously high temperatures, according to NASA.

Also, Parker Solar Probe's instruments might reveal the mechanisms at work behind the acceleration of solar energetic particles, which can reach speeds more than half as fast as the speed of light as they rocket away from the Sun. Such particles can interfere with satellite electronics, especially for satellites outside of Earth's magnetic field.

The biggest breakthrough for the spacecraft is its cutting-edge heat shield, according to NASA.

"The Thermal Protection System (the heat shield) is one of the spacecraft's mission-enabling technologies," said Andy Driesman, Parker Solar Probe project manager at the Johns Hopkins Applied Physics Lab. "It allows the spacecraft to operate at about room temperature."

The heat shield is a sandwich of carbon-carbon composite surrounding nearly four and half inches of carbon foam, which is about 97 percent air.

The solar array cooling system allows the solar arrays to produce power under the intense thermal load from the Sun and the fault management system protects the spacecraft during the long periods of time when the spacecraft can't communicate with the Earth.

"The launch energy to reach the Sun is 55 times that required to get to Mars, and two times that needed to get to Pluto," said Guo Yanping from the Johns Hopkins Applied Physics Laboratory, who designed the mission trajectory.

The Delta IV Heavy is one of the world's most powerful rockets.

"During summer, Earth and the other planets in our solar system are in the most favorable alignment to allow us to get close to the Sun," said Guo.