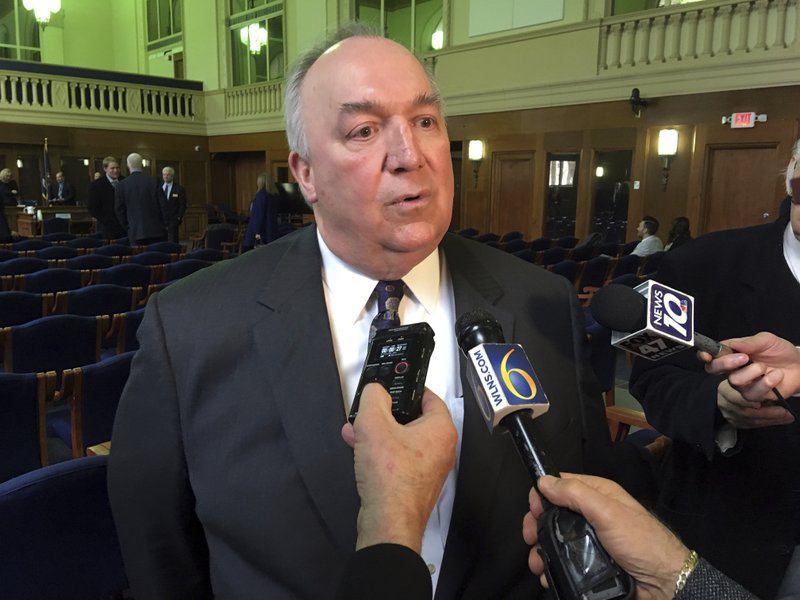 A letter signed by at least 130 sexual abuse victims of former sports doctor Larry Nassar on Tuesday urged Michigan State University’s governing board to oust interim president John Engler, saying he has reinforced a “culture of abuse” at the school.

The women and girls issued their joint statement three days before the board of trustees’ next meeting and after a week in which demands for Engler’s resignation reached a fever pitch.

Engler, who served as the state’s Republican governor from 1991 through 2002, has resisted pressure to step down. He took over on an interim basis in February after the previous president resigned amid fallout from the Nassar scandal. Media outlets last week reported that he sent emails to another university official in April criticizing lawyers for Nassar’s sexual assault victims and suggesting the first woman to go public with her accusations was probably getting a “kickback” from her attorney.

Among the 137 survivors who signed the letter are Olympic gymnastics gold medalist Aly Raisman, and Rachael Denhollander, a former gymnast who has been one of the most vocal critics of Engler. Olympians Jamie Dantzscher and Jeanette Antolin have also signed.

In their lengthy written statement, the “sister survivors” said they stand together against “character attacks” and that Engler “has only reinforced the culture of abuse at MSU.” Current and future victims of sexual abuse “should know they can raise their voice without being characterized as pawns too foolish to know they are manipulated,” they said.

“There is no debate: President Engler has failed miserably,” they said in the letter. “Nothing at MSU - none of the mindsets that allowed Larry Nassar to abuse children for decades - have changed. Therefore, it is our position that MSU cannot move forward and become an institution of integrity and safety until John Engler is no longer president.”

Two of the university’s publicly elected trustees, Democrats Brian Mosallam and Dianne Byrum , have called for Engler to resign. A portion of the statement is directed at the six other trustees, four Republicans and two Democrats, asking them to “stand for what is right.”

“I applaud the sister survivors’ statement this morning,” Mosallam said Tuesday. “MSU will not be able to heal until John Engler is gone from our campus. Bluster may work in Lansing, but this is East Lansing, and in this town, we treat each other with respect and dignity — especially survivors of sexual abuse.”

Trustees hired Engler after Lou Anna Simon resigned in January over the Nassar scandal. Nassar was fired from Michigan State in 2016, two years after he became the subject of a sexual assault investigation.

Under Engler’s tenure, Michigan State has agreed to a $500 million settlement with 332 women and girls who said they were sexually assaulted by Nassar, a former campus sports doctor who also worked with the U.S. Olympic gymnastics team. Nassar now is in prison. Of that, $75 million will cover future claims.

“We stood against our abuser. We stood against an abusive culture. Now we are asking you to stand against it too and lead MSU forward into real change,” the letter said in its conclusion.