WASHINGTON - The US Capitol stood unprotected by National Guard troops for the first time in nearly five months Monday as concerns about right-wing extremist threats have diminished since the January 6 attacks.

The last 2,149 of what had been nearly 26,000 troops in an extraordinary deployment in Washington departed over the weekend as their mission to protect Congress formally ended. 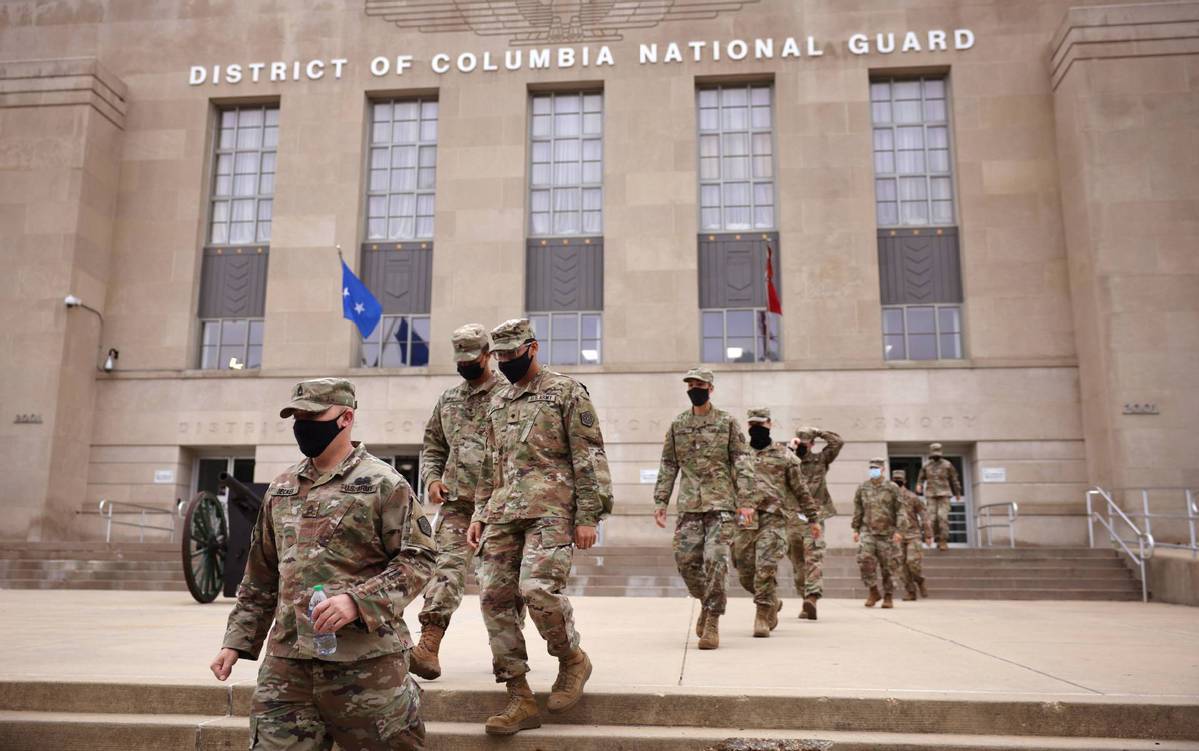 National Guard troops make their way to buses as they leave the Armory after ending their mission of providing security to the US Capitol on May 24, 2021 in Washington, DC. The troops are returning to their home states after a four-month deployment to the US Capitol, where they assisted the US Capitol Police with additional security following the January 6 insurrection. [Photo/Agencies]

The troops were mobilized after hundreds of supporters of then-president Donald Trump stormed the Capitol, halting the joint session to confirm Trump's rival Joe Biden as winner of the presidential election.

Some broke into lawmakers' offices, and called for the killing of lawmakers and vice president Mike Pence, who was presiding over the session.

Amid fears of more threats around and following the January 20 inauguration of Biden, thousands of Guard troops were mobilized, patrolling the Capitol area day and night while a large fence encircled the grounds, making it appear a building under siege.

The troops remained in Washington for months after the inauguration as what many dubbed an insurrection was investigated.

Trump, who was impeached for encouraging the assault, later claimed the attackers were "zero threat" to lawmakers and downplayed the episode.

Since January 6 the FBI has arrested and charged some 440 people involved in attacking the legislature, dozens of them associated with armed militia groups.

"These airmen and soldiers protected not only the grounds, but the lawmakers working on those grounds, ensuring the people's business could continue unabated," Secretary of Defense Lloyd Austin said in a statement.

"From the bottom of my heart, thank you to the thousands of National Guard members who left their homes and families to stand guard at the Capitol for the last four months following the Jan. 6th attacks," tweeted Democratic Representative Brad Schneider.