WORLD Nationalities of bodies found in lorry not confirmed yet: UK minister

Nationalities of bodies found in lorry not confirmed yet: UK minister 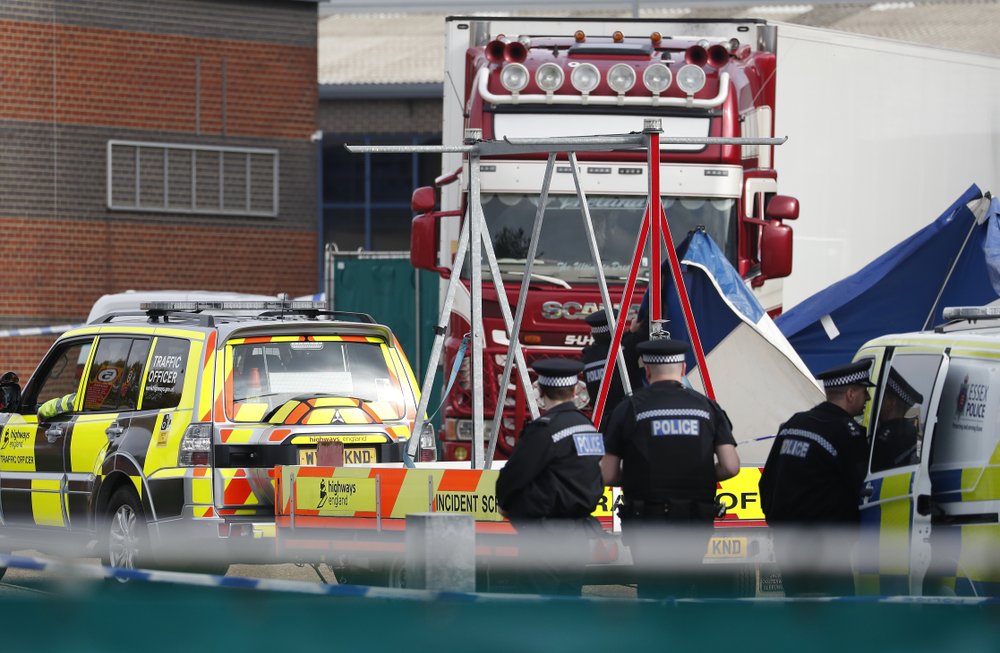 A police forensic tent is upended in the wind at the scene in from of a truck, in rear, that was found to contain a large number of dead bodies, in Thurrock, South England, early Wednesday Oct. 23, 2019. (Photo: AP)

LONDON, Oct. 28 (Xinhua) -- British Home Secretary Priti Patel told parliament on Monday that nationalities of the 39 bodies found in a lorry in Essex, southeastern England, are not confirmed yet.

"The process of identifying the victims is continuing and I'd like to stress that their nationalities are not confirmed at this stage," said Patel.

"I would also like to remind colleagues that this is going to be a long and meticulous investigation," she said in briefing British lawmakers on the incident.

She told parliament that the "tragic events" in Essex last week showed "there is much, much more to do."

"We must be ruthless in our response," she said, adding that work is under way to coordinate an international response to the "appalling" incident.

Earlier Monday, Maurice Robinson, the 25-year-old lorry driver, appeared in court for the first time via video link. He is thought to be part of a "global ring" of people smugglers, Chelmsford magistrates' court heard.

The police said all of the 39 people found in the lorry have been moved to a hospital for fatality victim identification.