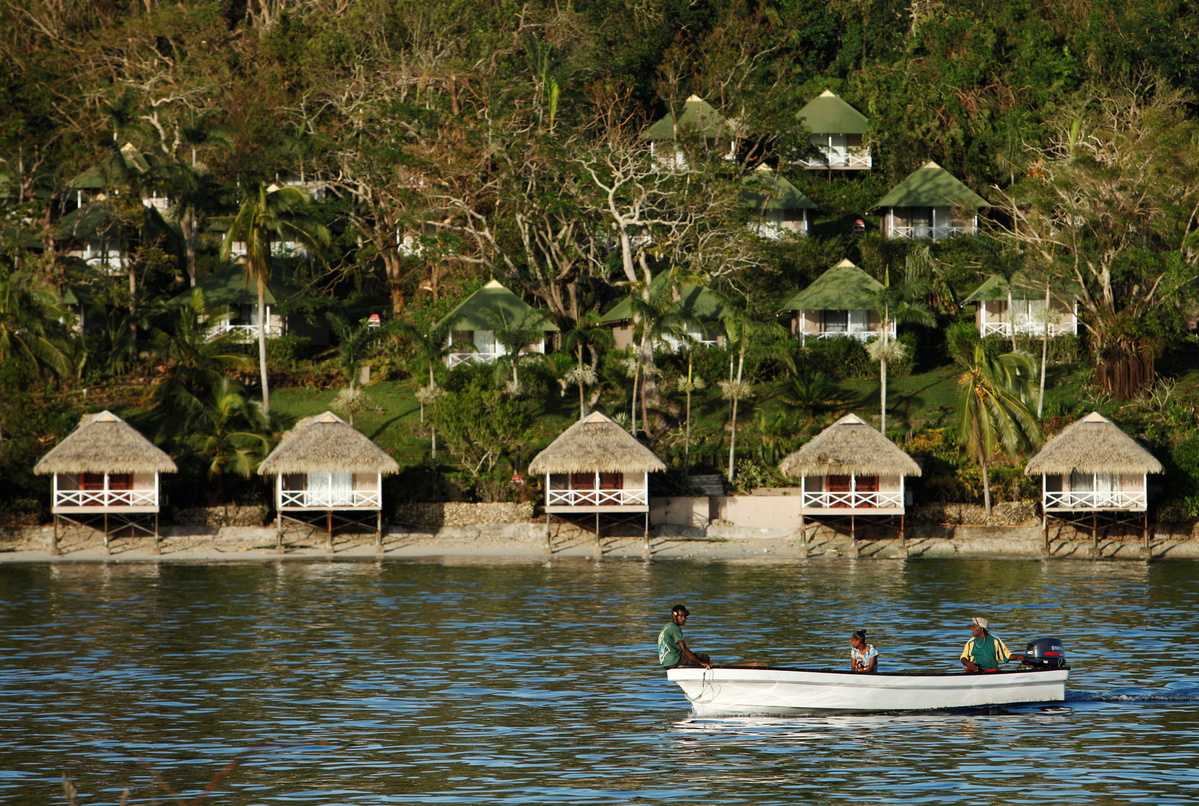 State Councilor and Foreign Minister Wang Yi and the foreign ministers of Kiribati, Fiji, Tonga, Niue, Papua New Guinea, Vanuatu, the Federated States of Micronesia, Solomon Islands and Samoa made the statement on Thursday during the first foreign ministers' meeting of China and the Pacific island countries, which was held via video link. Henry Puna, secretary-general of the Pacific Islands Forum, also participated in the meeting.

Their pledge came as the United States, the United Kingdom and Australia recently established a trilateral security partnership dubbed AUKUS, under which the US and the UK will help Australia build nuclear-powered submarines.

Rafael Grossi, director-general of the International Atomic Energy Agency, said on Wednesday in Washington that AUKUS could set a precedent for other states that could follow Australia's example and seek to build nuclear-powered submarines.

While chairing the meeting, Wang said that the AUKUS nuclear submarine deal will pose risks in terms of nuclear proliferation, have an impact on the South Pacific Nuclear Free Zone Treaty, trigger an arms race, and harm peace and stability in the region.

China is ready to work with the Pacific island countries to uphold the Treaty on Non-Proliferation of Nuclear Weapons, which is the cornerstone of the international nuclear nonproliferation regime, as well as the South Pacific Nuclear Free Zone Treaty, Wang added.

Beijing has expressed grave concerns and strong opposition to the AUKUS deal. Speaking at a regular news conference on Thursday, Foreign Ministry spokesman Wang Wenbin said that China urges the US, UK and Australia to withdraw their wrong decisions and faithfully honor their responsibilities on international nuclear nonproliferation.

China and the Pacific island countries upgraded their ties to a comprehensive strategic partnership in November 2018, when President Xi Jinping hosted a meeting with leaders of the Pacific island countries in Port Moresby, Papua New Guinea. China has been supporting them in developing their economies, improving livelihoods and enhancing their capabilities in independent and sustainable development.

During Thursday's meeting, China and the Pacific island countries reached a consensus on strengthening their partnership, Wang said.

They agreed to strengthen mutual trust and to continue to understand and support each other on issues related to their respective core interests, he said, and they will bolster cooperation on COVID-19 response, support for China's Global Development Initiative, promote high-quality development of the Belt and Road Initiative and jointly deal with the global challenges of climate change and marine environmental protection.

The countries also agreed to set up a mechanism for regular meetings of their foreign ministers, and to uphold multilateralism as well as the international system with the United Nations at the core and the international order underpinned by international law, according to Wang.

The cooperation centers will help Pacific island countries to step up their independent and sustainable development and support their 2050 Strategy for the Blue Pacific Continent, he added.