WORLD Nations line up for vaccine from Russia

Nations line up for vaccine from Russia 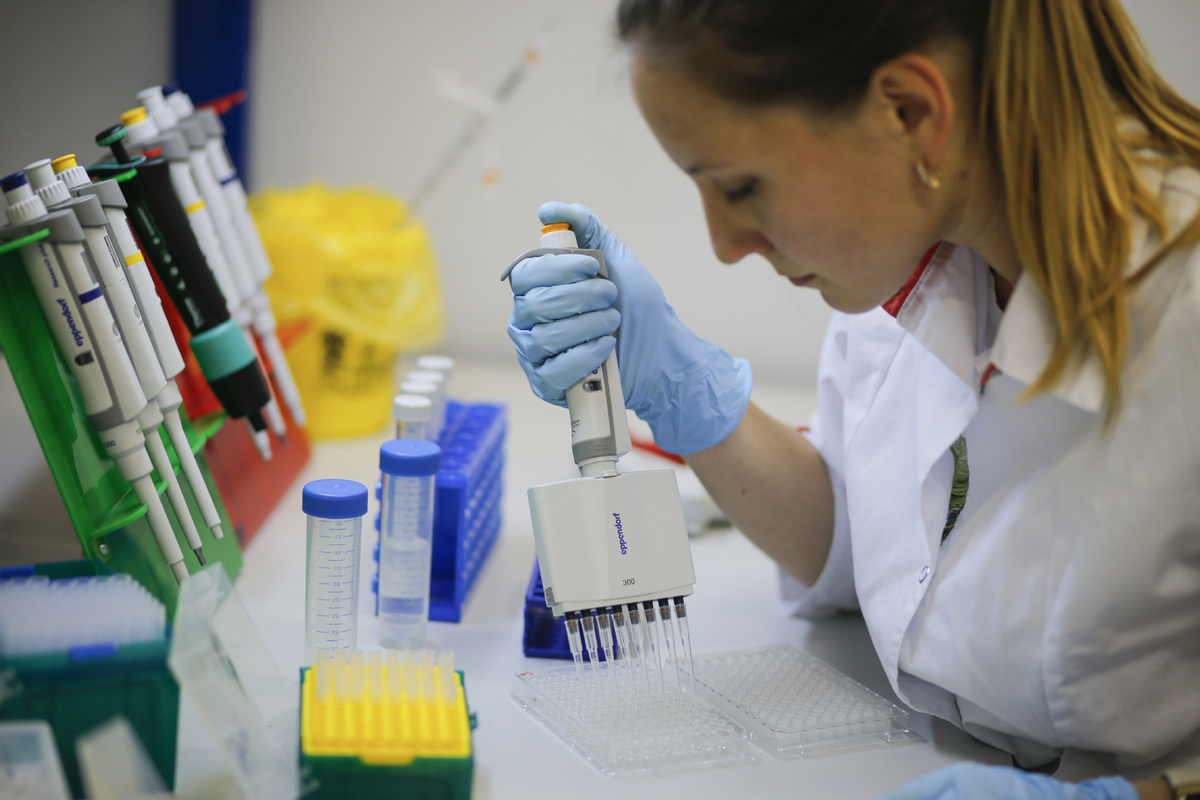 A researcher is engaged in vaccine work in the Gamaleya Scientific Research Institute of Epidemiology and Microbiology in Moscow on Aug 6. (File photo: Xinhua)

1b doses ordered, but experts abroad query its safety to counter pandemic

Russia has received orders from 20 countries for 1 billion doses of a domestically developed coronavirus vaccine a day after President Vladimir Putin announced its arrival in a world first, Russian media reported on Tuesday.

According to the RT TV channel, a total of 20 nations from Latin America, the Middle East and Asia have already requested doses of Russia's coronavirus vaccine.

Kirill Dmitriev, the CEO of the Russian Direct Investment Fund, which is responsible for the joint research and production of the vaccine, said it had received orders for a billion doses.

"Together with our foreign partners, we are ready to produce more than 500 million doses of the vaccine per year," Dmitriev explained.

According to Dmitriev, the fund is also working on a humanitarian aid program for developing countries, with the aim of making the COVID-19 vaccine available in those states that can't afford to make or buy their own.

Named Sputnik V, the vaccine was said to be "the world's first vaccine against coronavirus" by Putin during a video conference with members of the government on Tuesday morning.

The Sputnik V is due to enter mass production soon, and will be available to the general public from January 2021, RT reported.

Putin insisted that vaccination in Russia would only be carried out on a voluntary basis, with nobody forced to accept immunization. He also said that one of his daughters has already been vaccinated.

"I know that it works rather effectively, forms a stable immunity, and, I repeat, it passed all the necessary inspections," the president added.

Putin said that his daughter had a slight temperature after taking part in trials, but that it quickly went away.

According to the World Health Organization, more than 150 vaccines are being developed and tested around the world to stop the COVID-19 pandemic, with 25 in human clinical trials.

Although Russian scientists insisted that the vaccine is scientifically researched and the Russian Health Ministry's chief nonresident epidemiologist Nikolay Briko said the "vaccine wasn't developed from scratch", its safety and effectiveness was doubted by some foreign medical experts, including the director of the US National Institute of Allergy and Infectious Diseases, Anthony Fauci.

He said Russia approved the vaccine after only two months of trials.

"I hope that the Russians have actually, definitively proven that the vaccine is safe and effective," Fauci said. "I seriously doubt that they've done that."

Mexico's Deputy Health Minister Hugo Lopez-Gatell said he was surprised by the Russian news, and that the government would wait for more information before making any decisions on the vaccine.

German Health Minister Jens Spahn on Wednesday said he was skeptical about Russia becoming the first country to grant regulatory approval to a COVID-19 vaccine, saying it was key to have a safe, tested product rather than just being first, according to Reuters.

Brazil's Parana state is in talks to produce the Russian-developed vaccine, but it was unclear if the state's research institute would get regulatory approval in Brazil, Reuters reported.

Serbian President Aleksandar Vucic said he cannot wait to see the vaccine in the Serbian market.

"I will be the first to take the vaccine when Serbian specialists say it's good," Vucic said. "Our specialists must just confirm to us that it is safe and reliable."