WORLD Nations pledge $9.8B to global climate fund to help the poor

Nations pledge $9.8B to global climate fund to help the poor 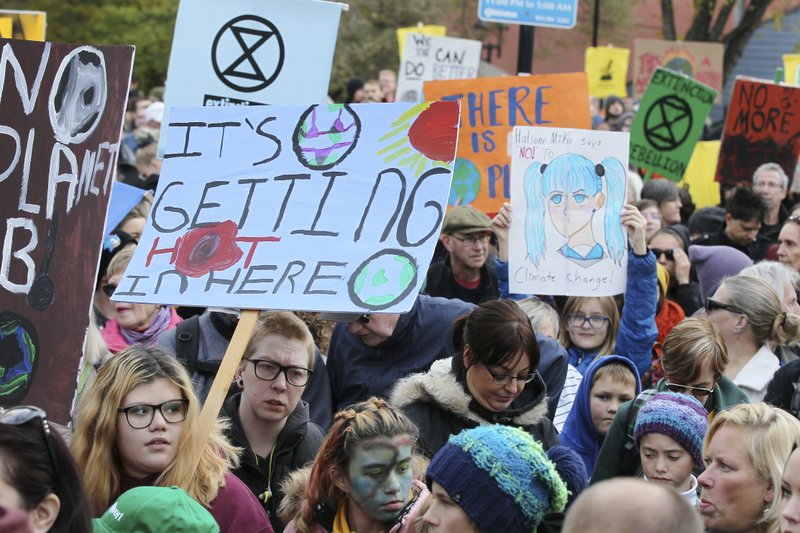 Climate change activists and a few counter-protesters supporting the oil and gas industry gather for a march and rally with Swedish climate activist Greta Thunberg at the Alberta Legislature Building in Edmonton, Alberta, on Friday, Oct. 18, 2019. (Photo: AP)

Rich countries have pledged $9.8 billion to help poor nations tackle climate change, the Green Climate Fund said Friday, as environmental activists slammed the United States for refusing to contribute and other nations for giving too little.

Yannick Glemarec, the executive director of the Green Climate Fund, said 27 countries announced contributions by the end of a two-day conference in Paris.

The United States did not make any pledge, as US President Donald Trump has decided to stop paying into the fund. Former US President Barack Obama pledged $3 billion toward the fund, but Trump moved to withhold $2 billion of that after taking office.

The Climate Action Network, which is made up of more than 1,300 non-governmental organizations, castigated both the US and Australia for refusing to pitch in.

They “have turned their backs on the world’s poorest and have once again isolated themselves in global efforts to respond to the climate emergency,” the network said.

It also named Canada, the Netherlands, Portugal, Luxembourg, New Zealand, Austria and Belgium as countries that “failed to deliver their fair share” and called on them to make up the shortfall.

But the Green Climate Fund’s Glemarec put an optimistic spin on the shortfalls.

“We will most likely be able to find additional resources” before the United Nations’ annual climate conference, which will be held in December in Santiago, Chile, Glemarec said.

French Finance Minister Bruno Le Maire, speaking earlier Friday, praised “a great success” that he attributed largely to European countries, noting that almost half of the amount was being provided by France, Germany and Britain alone.

“Many countries will double their contributions,” Le Maire said.

The South Korea-based fund, which provides money to help developing countries reduce their emissions and cope with the impacts of climate change, says it has nearly exhausted some $7 billion received following an initial funding round five years ago.