WORLD Nations, US states each chart their own path on reopening

Nations, US states each chart their own path on reopening 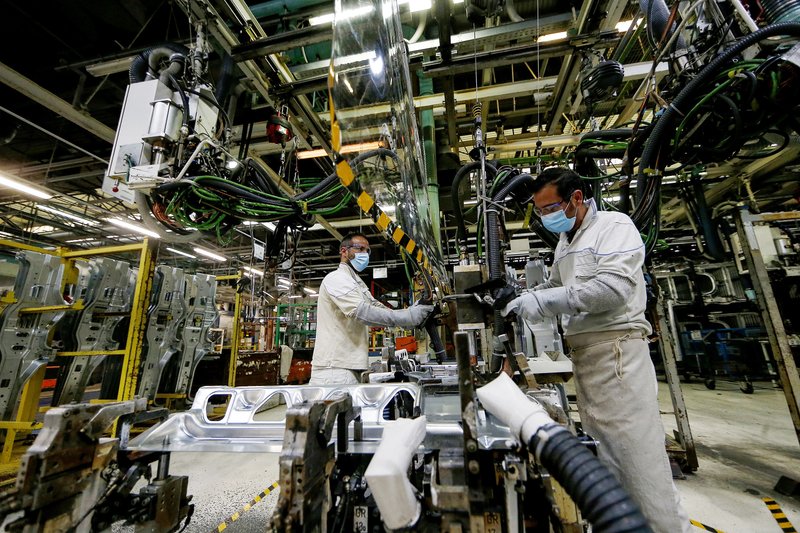 A thinner-looking British Prime Minister Boris Johnson returned to work Monday after a bout with the coronavirus and warned strongly against easing the country’s lockdown, even as other European nations and U.S. states began lifting restrictions to get their economies going again.

The shutdowns are being eased piecemeal, with governments charting their own path as they seek to reopen for business without triggering a second wave of infections. Hair salons, restaurants and beaches, for example, are opening in some states, while elsewhere such steps are weeks away.

Johnson, recovering from an infection that nearly cost the 55-year-old his life, said Britain is starting to “turn the tide” on the outbreak but added that this is “the moment of maximum risk.” The country’s lockdown runs through at least May 7.

“I refuse to throw away all the effort and the sacrifice of the British people and to risk a second major outbreak and huge loss of life and the overwhelming of the NHS,” or National Health Service, he said. “I ask you to contain your impatience.”

The official death toll topped 200,000 worldwide, with about 3 million confirmed infections, according to a tally by Johns Hopkins University. The true toll is believed to be much higher, because of inadequate testing, differences in counting the dead and efforts by some governments to conceal the extent of their outbreaks.

The Trump administration is drawing up new guidelines for how restaurants, schools, churches and businesses can safely reopen, and the draft includes suggestions such as closing break rooms at offices, using disposable menus in restaurants and having students eat lunch in their classrooms.

In the state of Georgia, where Republican Gov. Brian Kemp has moved aggressively to get businesses back on track, restaurants received the go-ahead to resume dine-in service on Monday as long as they follow certain restrictions, including keeping tables 6 feet apart.

At Plucked Up Chicken & Biscuits in Columbus, Georgia, eight regulars showed up in the morning to have their coffee and breakfast and “chatted at each other across the room,” manager Alesha Webster said. But the rules meant only 10 customers could be inside at a time, well below the capacity of 45.

Alex Brounstein, owner of the Atlanta-based chain Grindhouse Killer Burgers, had no plans to reopen right away.

“You’re talking about people putting their mouths on things in your restaurant. You now have dirty dishes going back into your kitchen. To me, it’s just completely illogical,” he said.

Technology is likely to play an important role in helping countries ease their restrictions. Many governments are working on mobile virus-tracking apps and other technology, keen for automated solutions to the time-consuming task of tracing an infected person’s contacts.

In Australia, which has had about 80 COVID-19 deaths, 1.1 million of the country’s 26 million people downloaded a new contract-tracing app within 12 hours of its becoming available.

Other countries, including Italy, France, Switzerland and Britain, are also developing their own.

In another encouraging sign amid the gloom, New York state reported 337 deaths for the lowest daily count this month, down from a high of nearly 800 almost three weeks ago. And Italy registered its lowest day-to-day number of new cases of COVID-19 since practically the first day the nation was put under lockdown in early March.

Over the weekend, Italian Premier Giuseppe Conte laid out a timetable for easing restrictions, with plans to open parks, gardens, stores, museums and restaurants in stages between May 4 and June 1. His counterparts in Spain, France and Greece will likewise detail their plans on Tuesday.

Spain’s easing of restrictions kicked off Sunday when children under 14 were allowed to go outside and play for the first time in six weeks.