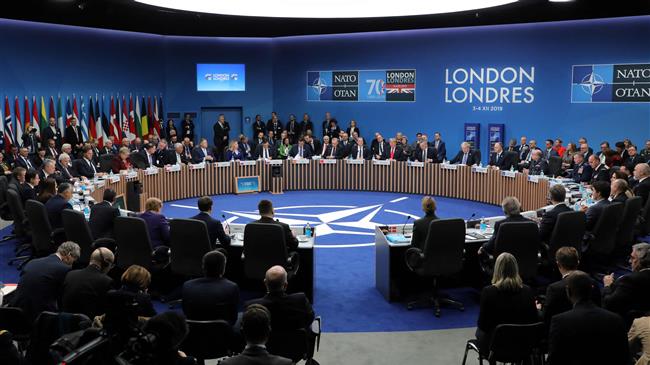 NATO heads of state attend the plenary session of the NATO summit at the Grove hotel in Watford, northeast of London on December 4, 2019. (Photo: AFP)

COPENHAGEN, Dec. 8 (Xinhua) -- A NATO 70th anniversary event in Denmark's capital Copenhagen has been abruptly canceled by the organizer of Danish Atlantic Treaty Association (DATA) after the US embassy in Denmark communicated its displeasure.

According to a press release from the DATA, a security policy think tank, on Sunday, U.S. Ambassador to Denmark Carla Sands demanded that political scientist Stanley Sloan, a former CIA analyst who is critical of current U.S. policy, be removed from the speakers' list before the start of the conference.

NATO's 70th anniversary event at Frederiksberg Castle was organized by the DATA in collaboration with the U.S. Embassy in Denmark and was scheduled to start on December 10.